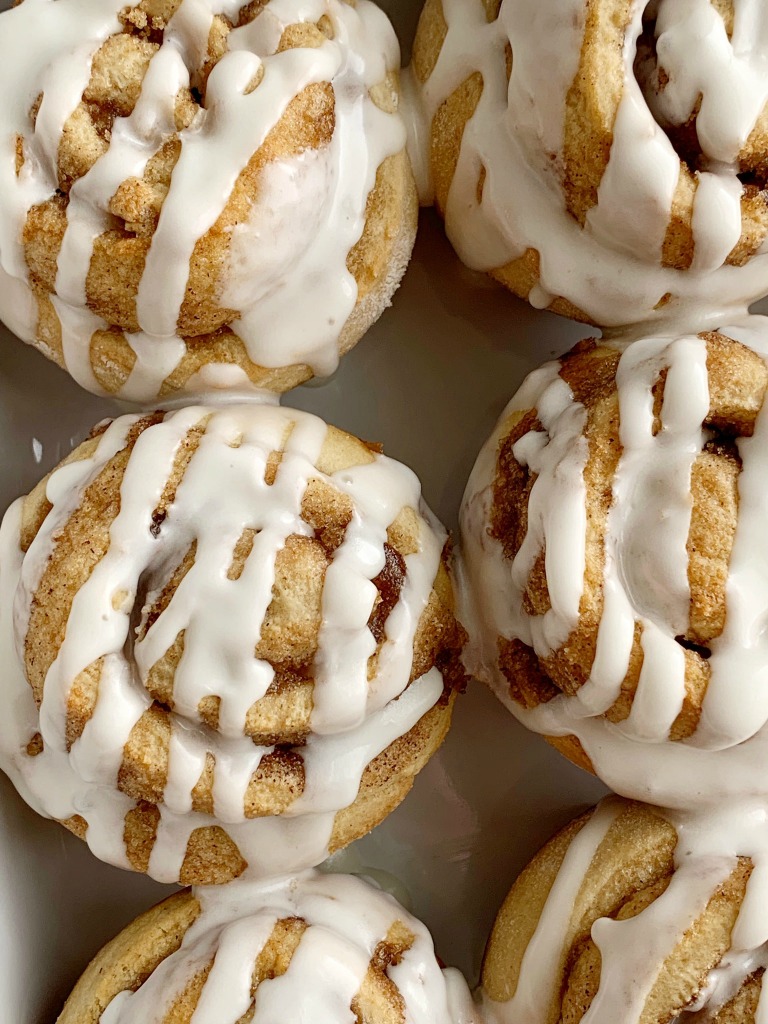 I have been dying to share these cinnamon roll muffins with you all! Call me weird, a nerd, obsessed or whatever you want but I seriously get so excited when a recipe turns out.

Cinnamon rolls have always been a weak area for me. I have yet to find a recipe that is worth all the time they take to make. And all the calories to eat them!

I think I have finally found the recipe of all recipes with these {no yeast, one bowl} cinnamon roll muffins. 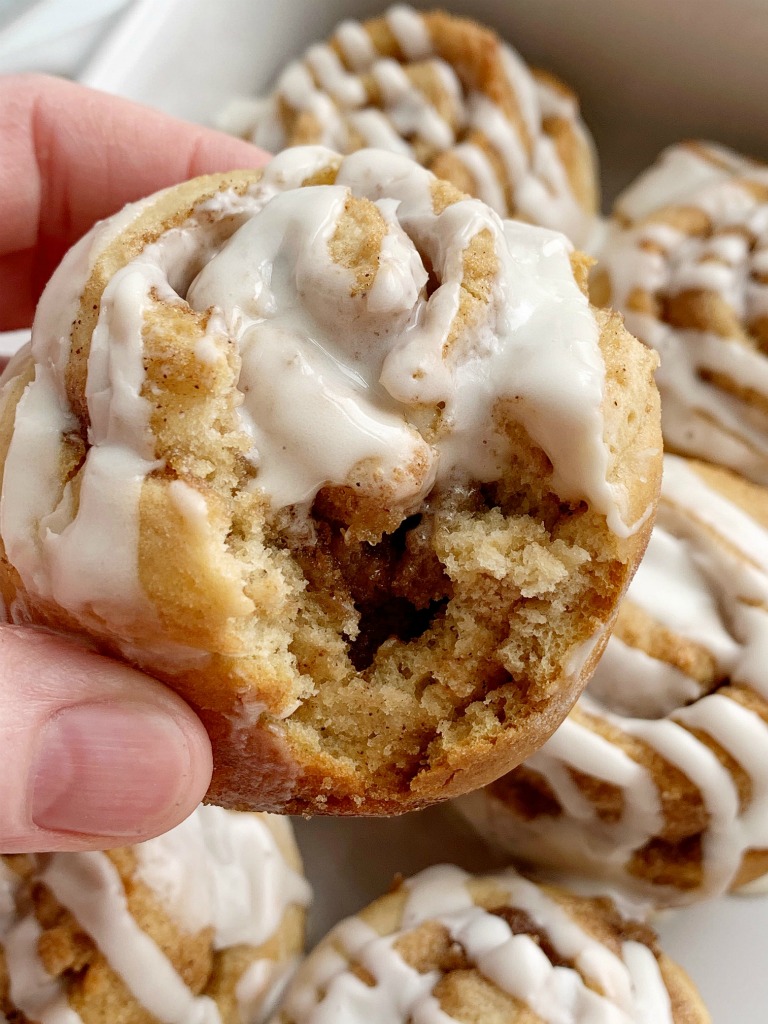 HOW TO MAKE THIS CINNAMON ROLL RECIPE

This recipe only requires one bowl and a spatula/wooden spoon to mix with. No rising time is needed so these are quick to make.

Add brown sugar, baking soda, salt, vanilla extract, and 1 large egg to the mixing. Stir with a whisk to combine.

To the same bowl, add buttermilk and whisk together.

Add the all-purpose flour (start with 2 cups and go from there) and stir it all together with a wooden spoon or spatula.

If needed, add more flour until the dough comes together and forms a slightly sticky dough. Look at the step-by-step pictures for a visual. 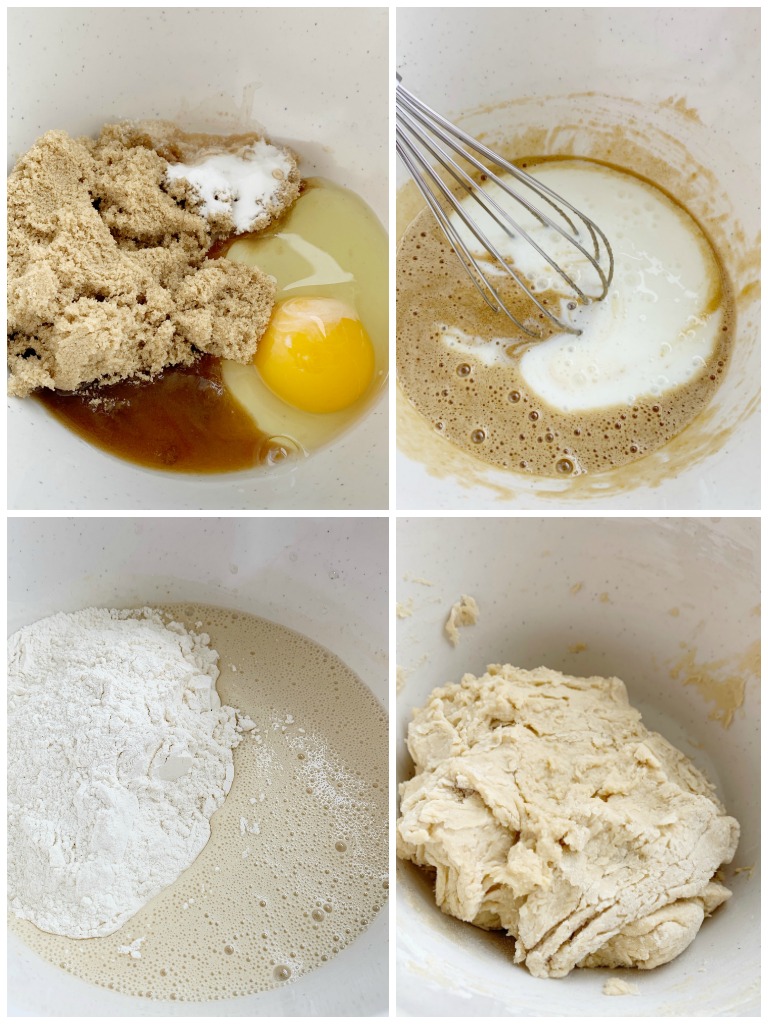 Use a rolling pin and roll out the dough into a large rectangle (roughly the same size as a cookie sheet 12"x18"). Spread the softened butter evenly over the dough, and then sprinkle with the brown sugar and cinnamon.

Start at the long end and roll up the dough. This recipe yields 12 cinnamon roll muffins, so cut the "log" into 12 even pieces and place them one into each muffin tin.

Once they are baked, drizzle an easy glaze over top and enjoy! These are best eaten right away. If there are leftovers, be sure and microwave it for a bit! 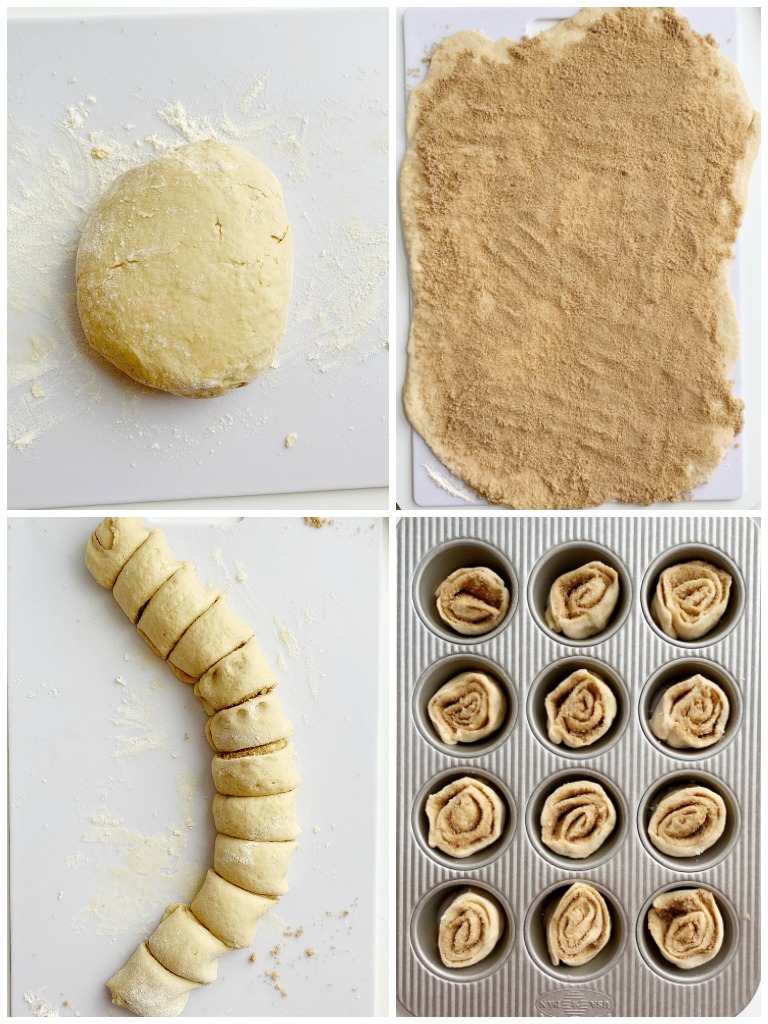 MY TIPS FOR GETTING THE BEST RESULTS 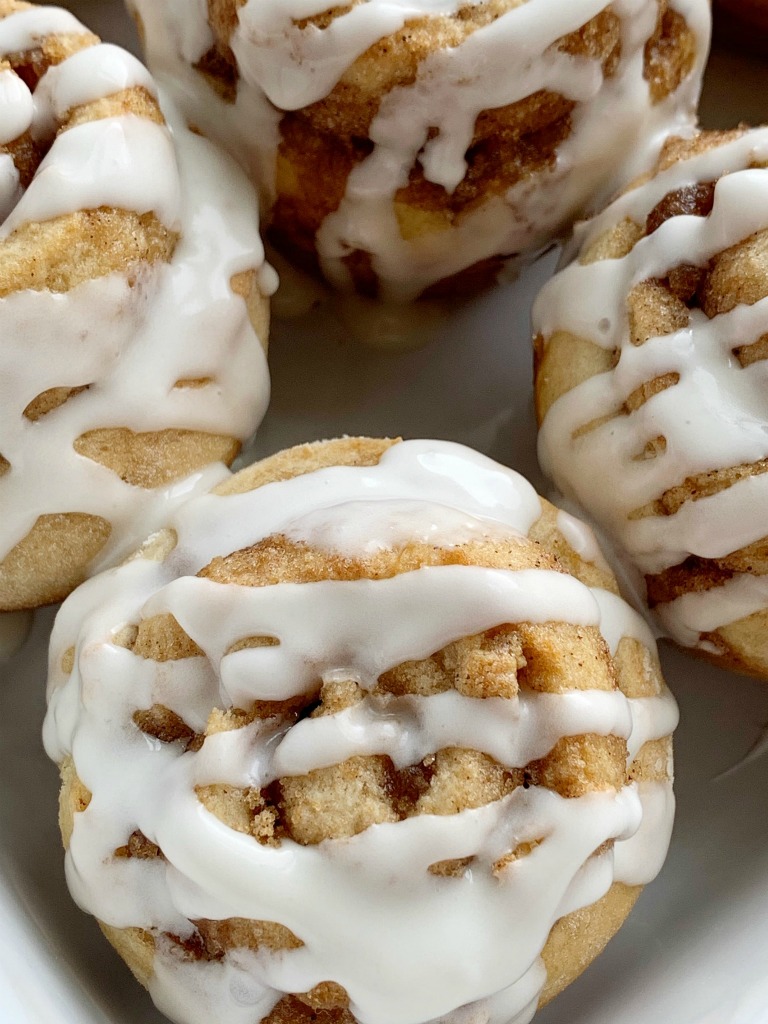 TRY THESE OTHER CINNAMON ROLL RECIPES 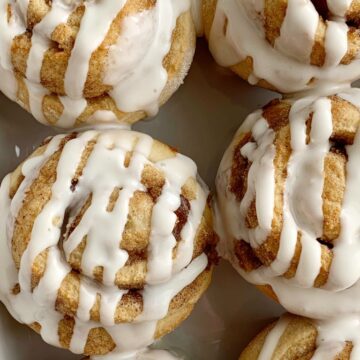 Jessica
Cinnamon Roll Muffins require no yeast, only one bowl and they're ready in about 30 minutes! All the flavor, gooey cinnamon & sugar, and sweetness that you love about a cinnamon roll, but in an easy to make cinnamon roll muffin recipe.
3.92 from 47 votes
Print Recipe Pin Recipe
Prep Time 15 mins
Cook Time 14 mins
Course Breakfast, Dessert
Cuisine American
Servings 12 muffins

Keyword cinnamon roll muffins, no yeast cinnamon rolls
Did you make this recipe?Tag @togetherasfamilyblog on Instagram 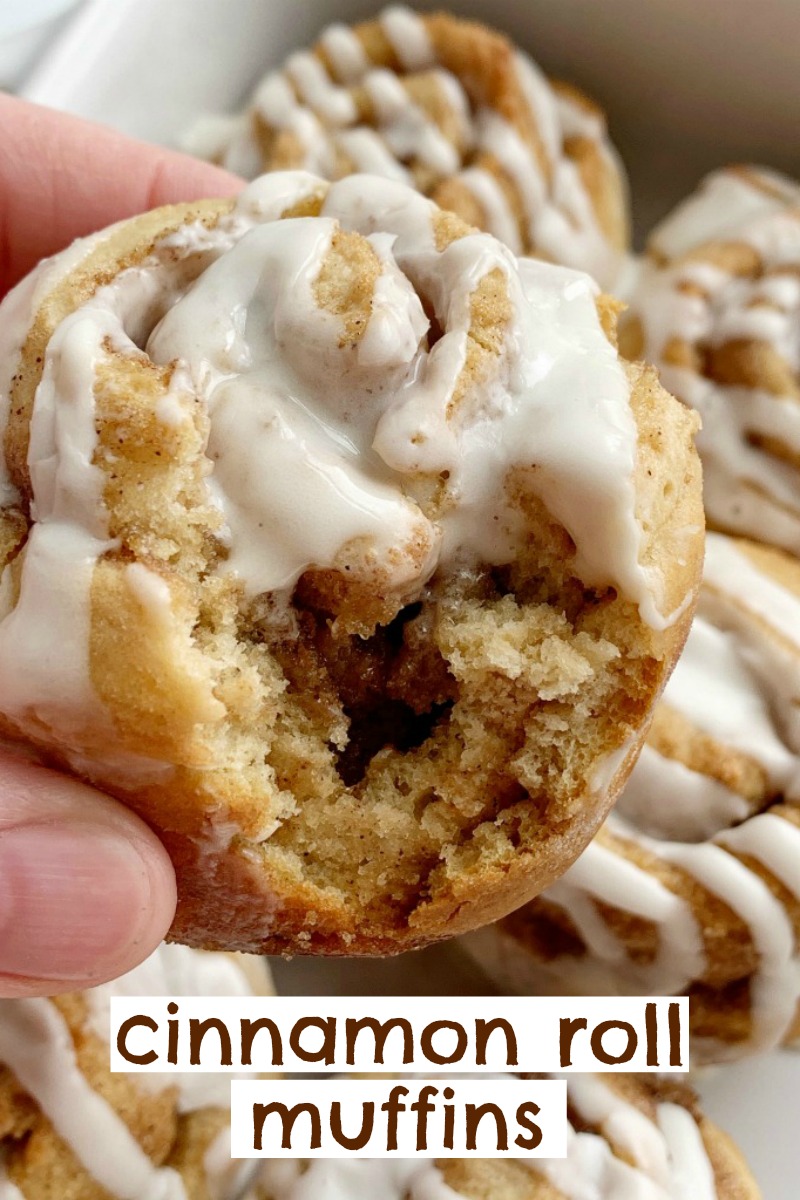 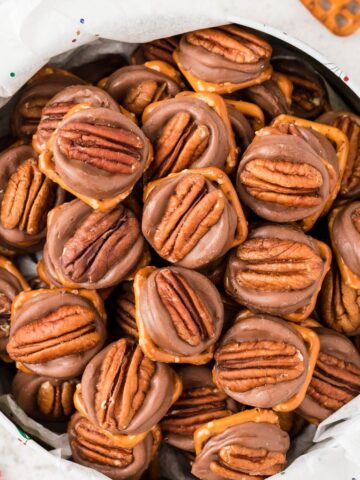 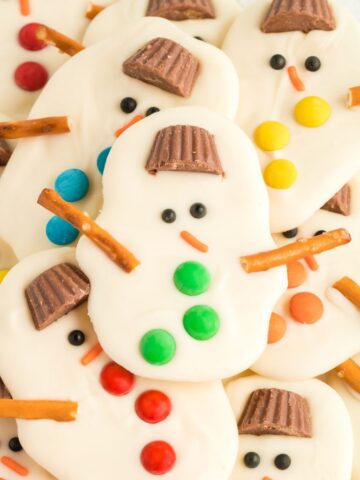 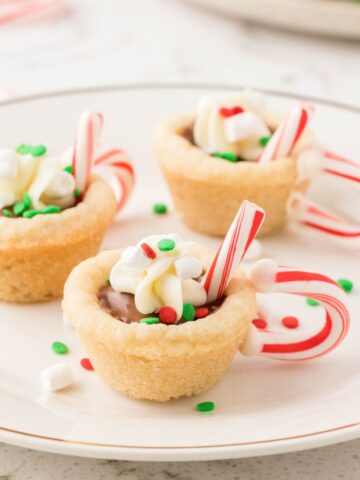 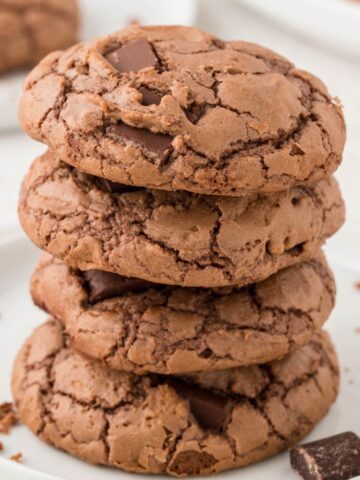 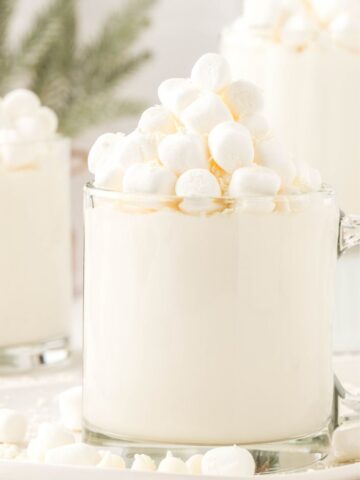 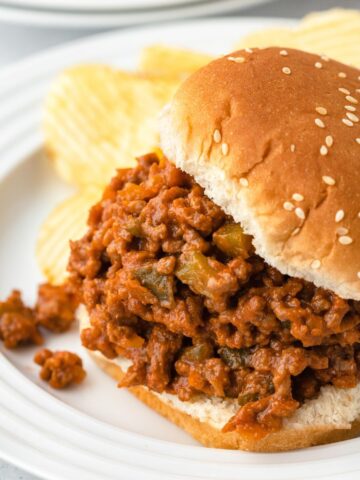