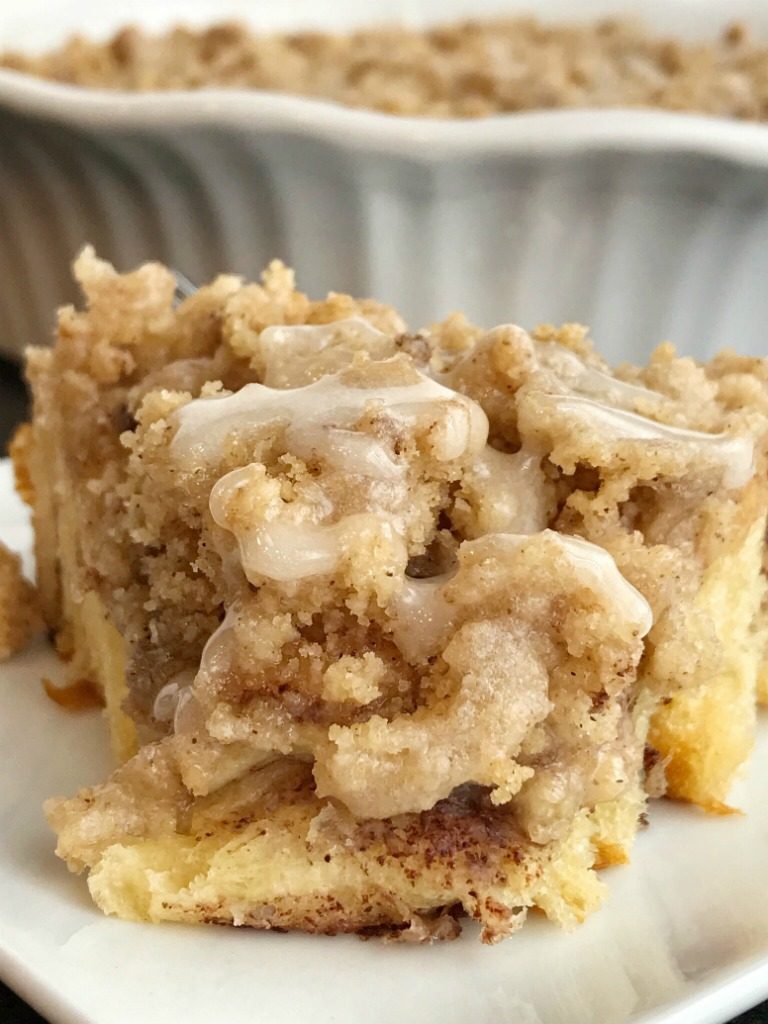 Operation clean out my house is well under way. We are moving and have about 5 more weeks until we close on our current house and hand over the keys to the buyers. It's bittersweet and the closer it gets, the more sad and nostalgic I get about this house.

I am basically spending every free moment going through drawers, closets, the kitchen, bathrooms. Everything! I tackled the fridge and freezer the other day because I want to make sure that we use up what we have and don't have a fridge full of food to get rid of when we close on the house. While cleaning out the fridge I happened to find 4 (yes 4!) of those tubes of refrigerated cinnamon rolls. 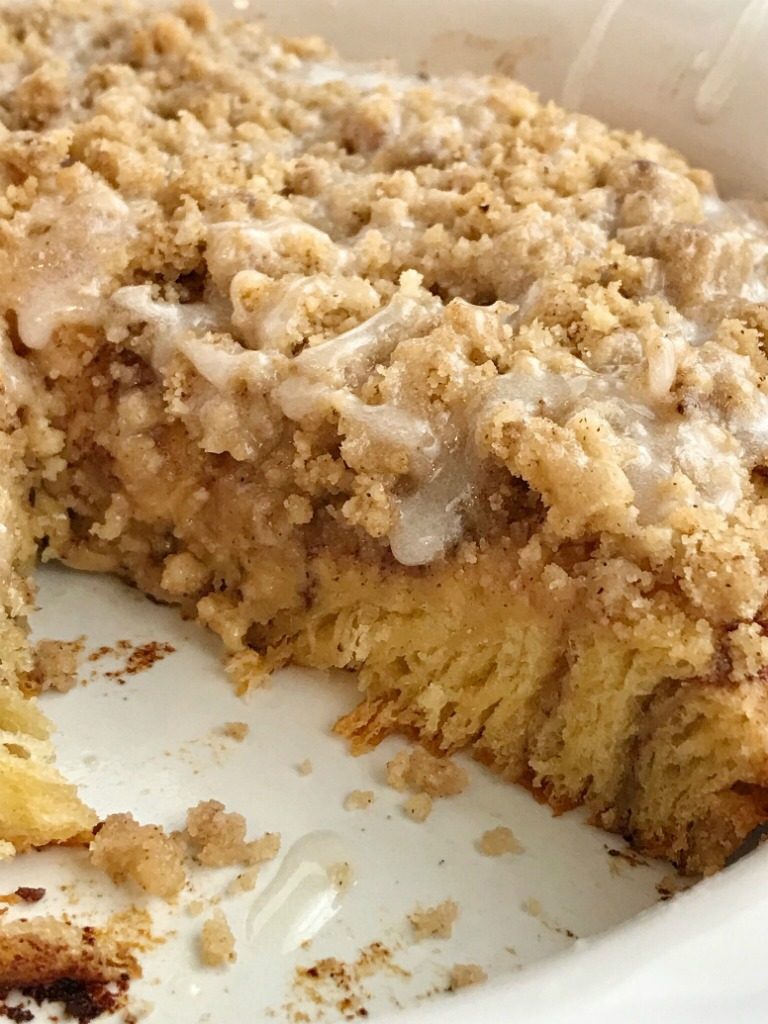 Miraculously none were expired yet. I honestly don't even remember buying them all. It must have been one of those grocery shopping trips where both my toddlers were making a scene and whining, so I was randomly grabbing stuff just to try and hurry and get out of there 🙂

I knew I had to find something to do with them and when I was randomly scrolling through Pinterest I saw this recipe for a cinnamon roll coffee cake that used refrigerated cinnamon rolls. I knew that it had to be made! Although, I changed it up a bit because I did not want a coffee cake, I wanted a giant, ooey, gooey cinnamon roll with a streusel crumble on top. Oh yea!

5 Ingredients is all you need! A tube of refrigerated cinnamon rolls and then the ingredients for the streusel topping; flour, brown sugar, cinnamon, and butter. That is seriously it. So easy and so simple. 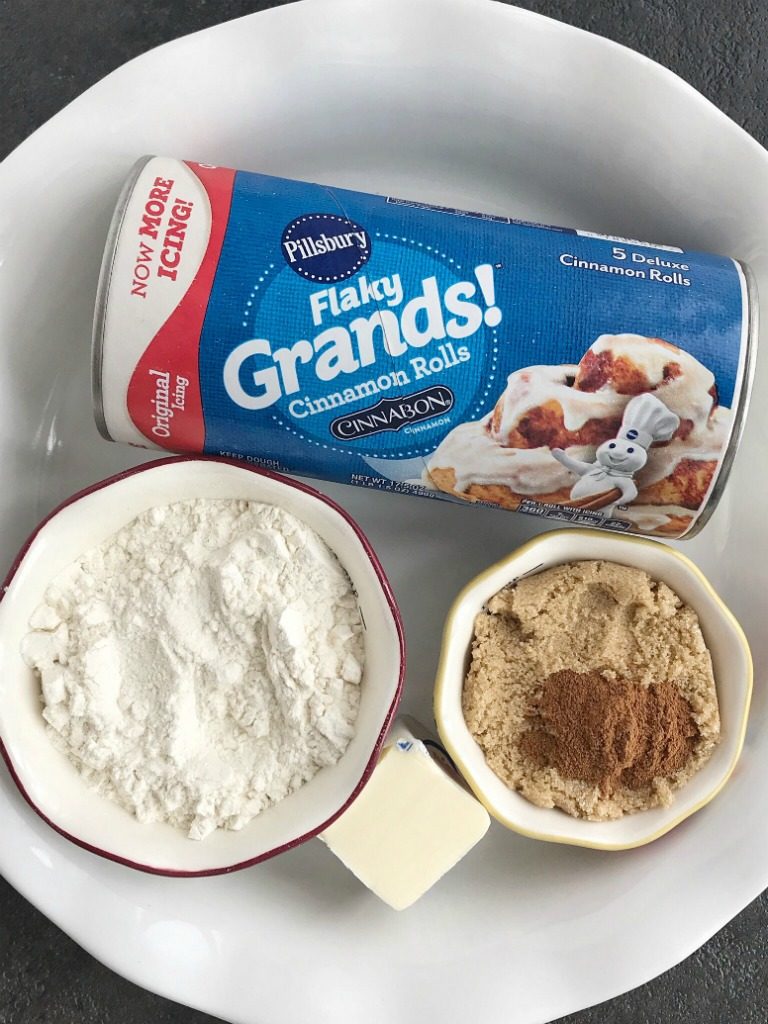 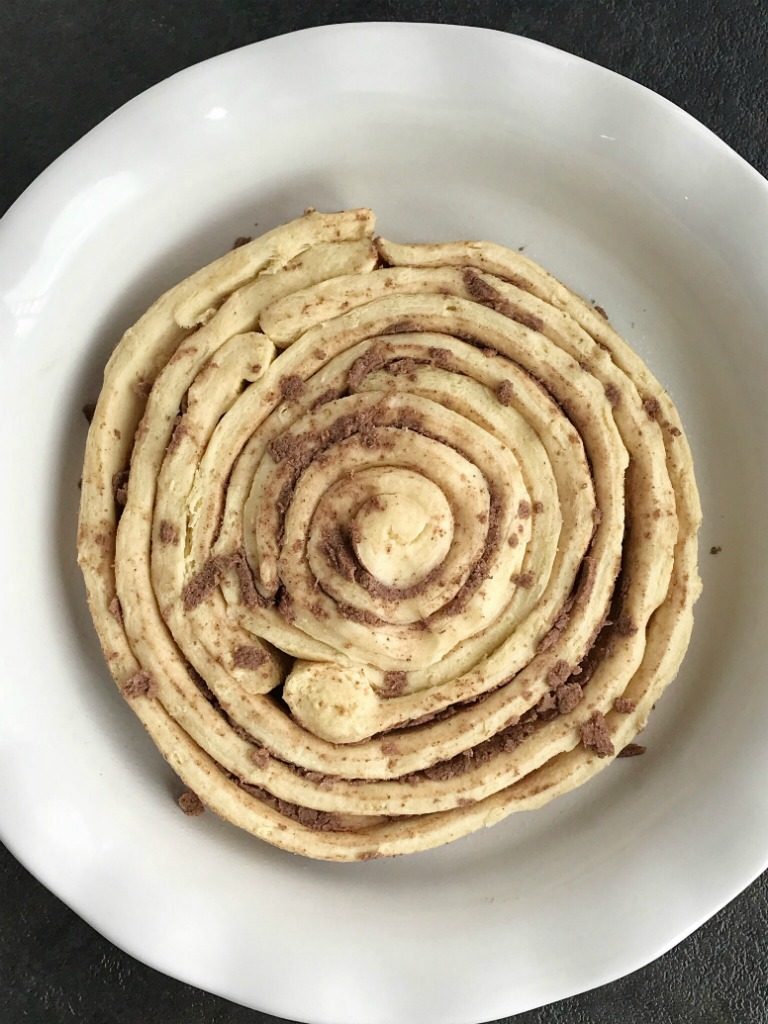 You will need an 8" or 9" round pie plate. I used a 9" and you can see I have some extra space in it, not to worry, as it cooks it does spread and puff slightly so it's fine if you do have extra room in the dish. For a thicker cinnamon roll be sure to use a 8" round pie plate.

In a small bowl mix up the streusel topping ingredients and sprinkle it over the giant cinnamon roll. Pop it in the oven and try to be patient 🙂 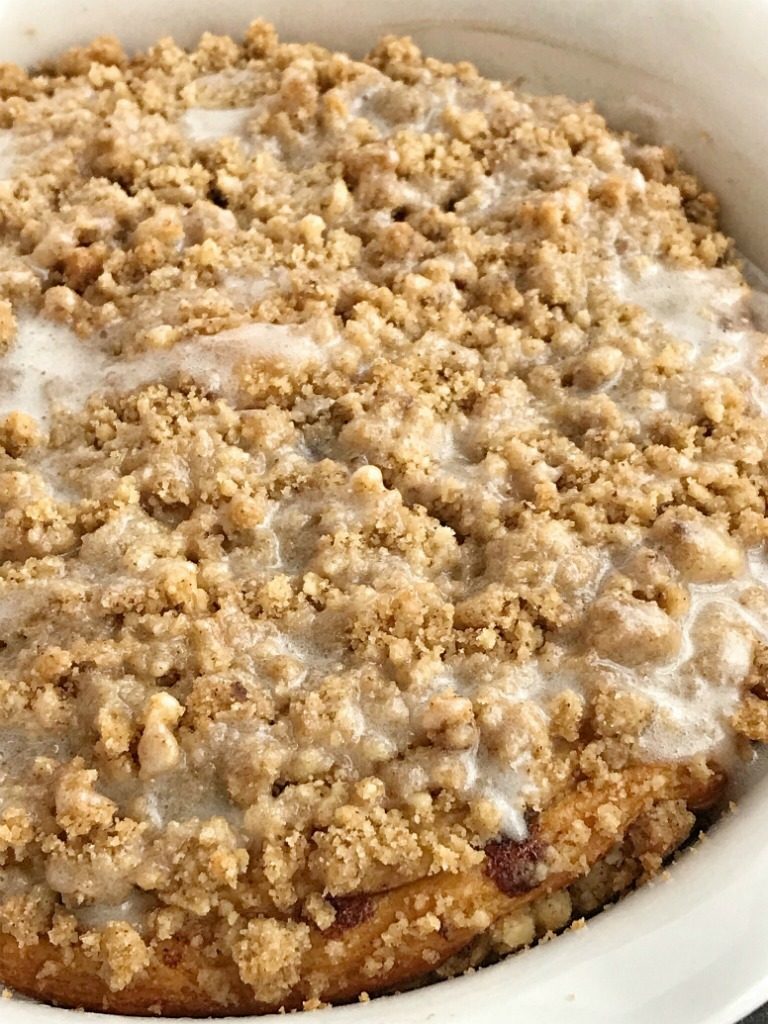 As I write this, I am thinking that this is actually the perfect Mother's Day breakfast or brunch treat. No slaving away over dough, no waking up at the crack of dawn to let the dough rise. Just minutes is all you need for a giant, warm cinnamon roll.

Or if you are more of a traditional cinnamon roll person, that still is no yeast, but in muffin form then be sure to also try these no yeast cinnamon roll muffins. Same idea as this giant cinnamon roll but it's a homemade dough, with no yeast, that is more reminiscent of a biscuit type cinnamon roll. 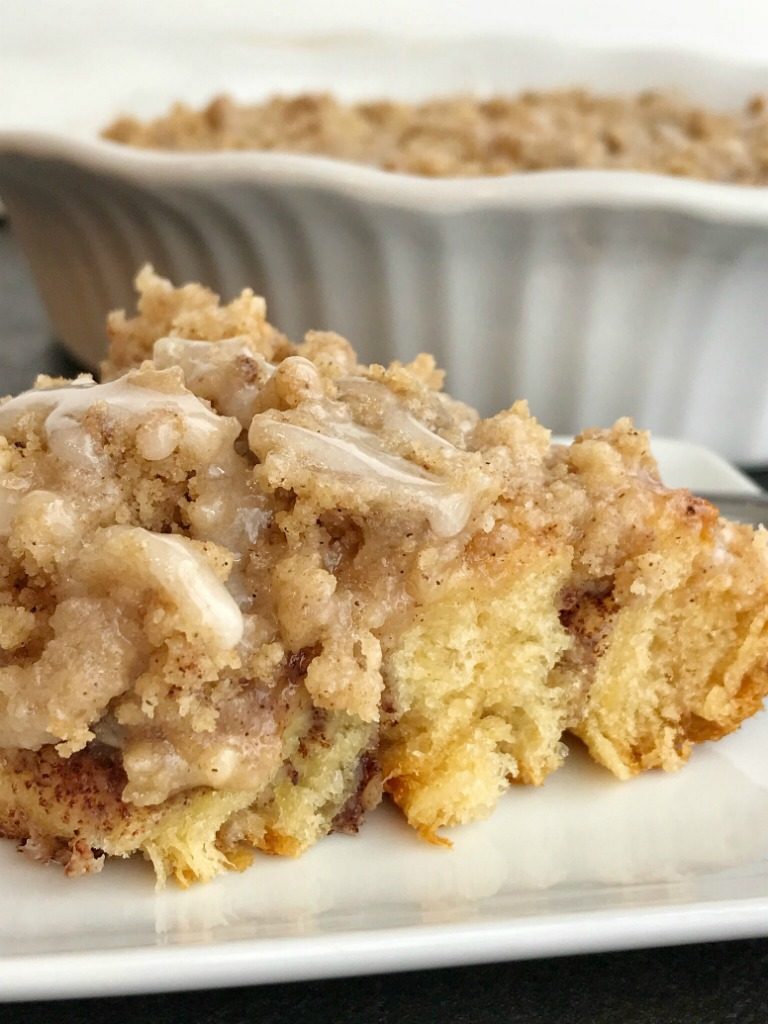 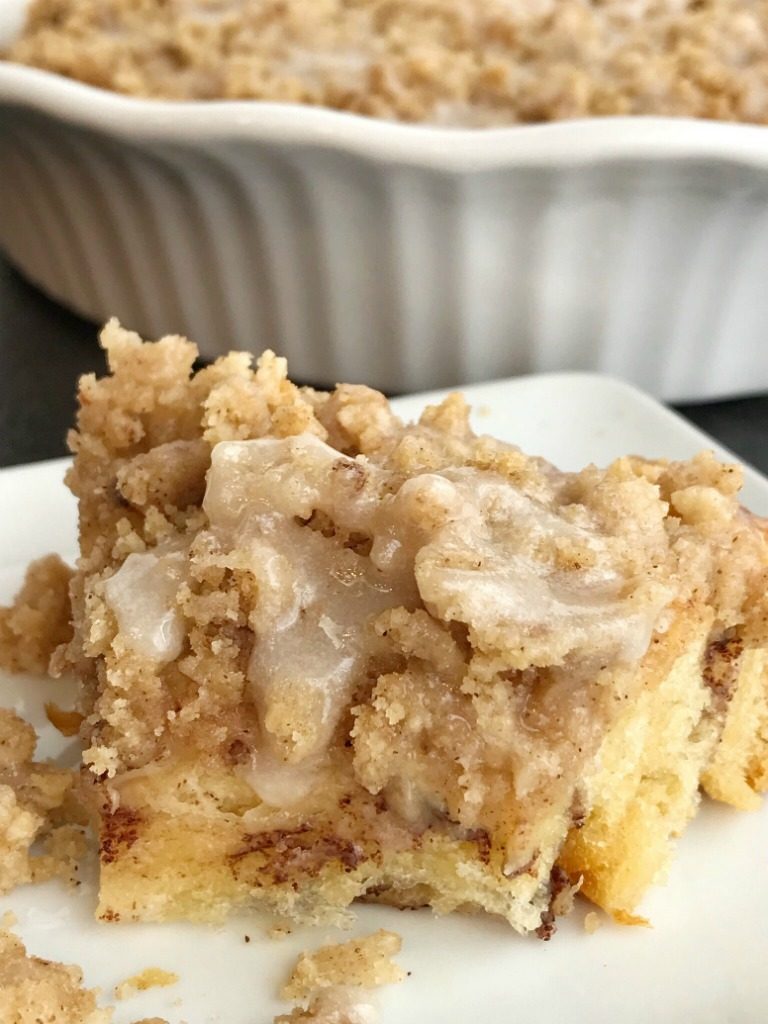 The brown sugar streusel on top is my favorite thing about this! The recipe calls for the glaze that comes with the refrigerated cinnamon rolls but feel free to make your own if you prefer. I really hope you love this one. Let me know if you try it out 🙂 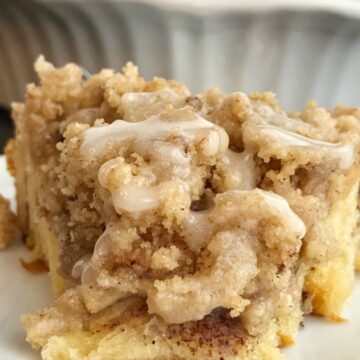 Jessica - Together as Family
No yeast giant cinnamon roll is only 5 ingredients! This giant cinnamon roll has a crumbly sweet streusel toppings, takes just minute to prepare, and it requires no yeast! So easy, thanks to the refrigerated cinnamon rolls, that anyone can make it.
5 from 2 votes
Print Recipe Pin Recipe
Prep Time 10 mins
Cook Time 25 mins
Total Time 35 mins
Servings 8 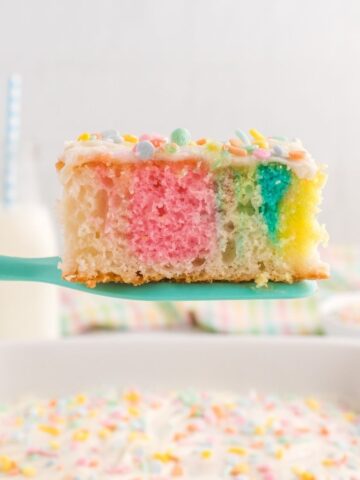 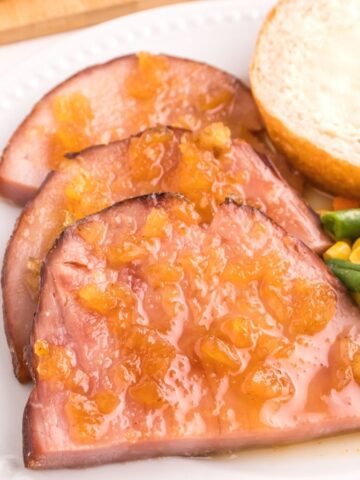 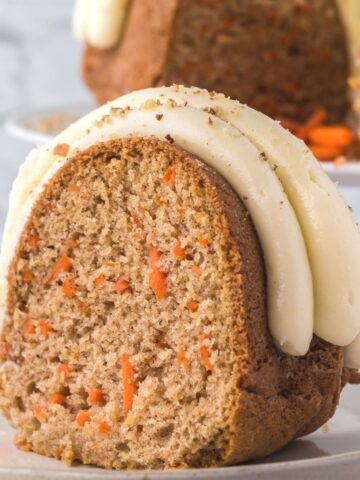 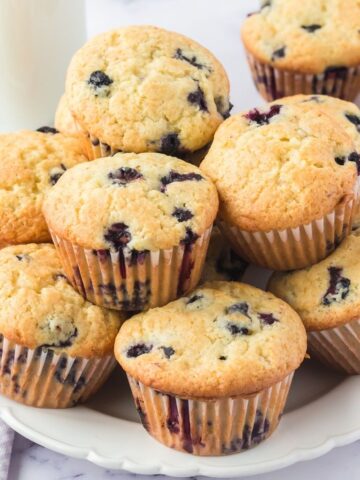 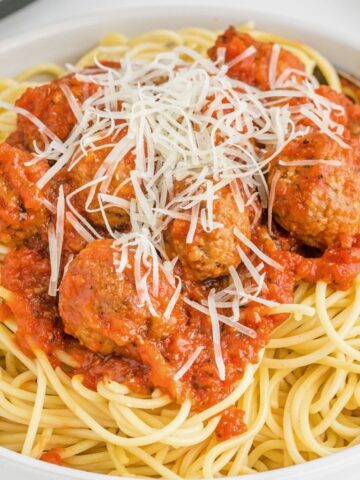 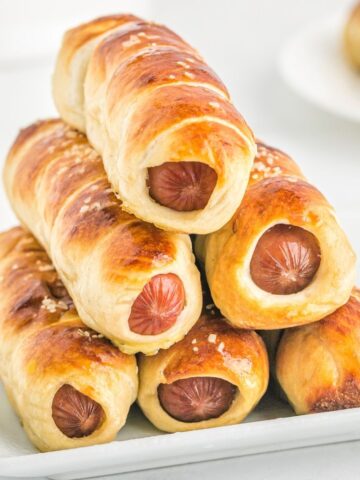