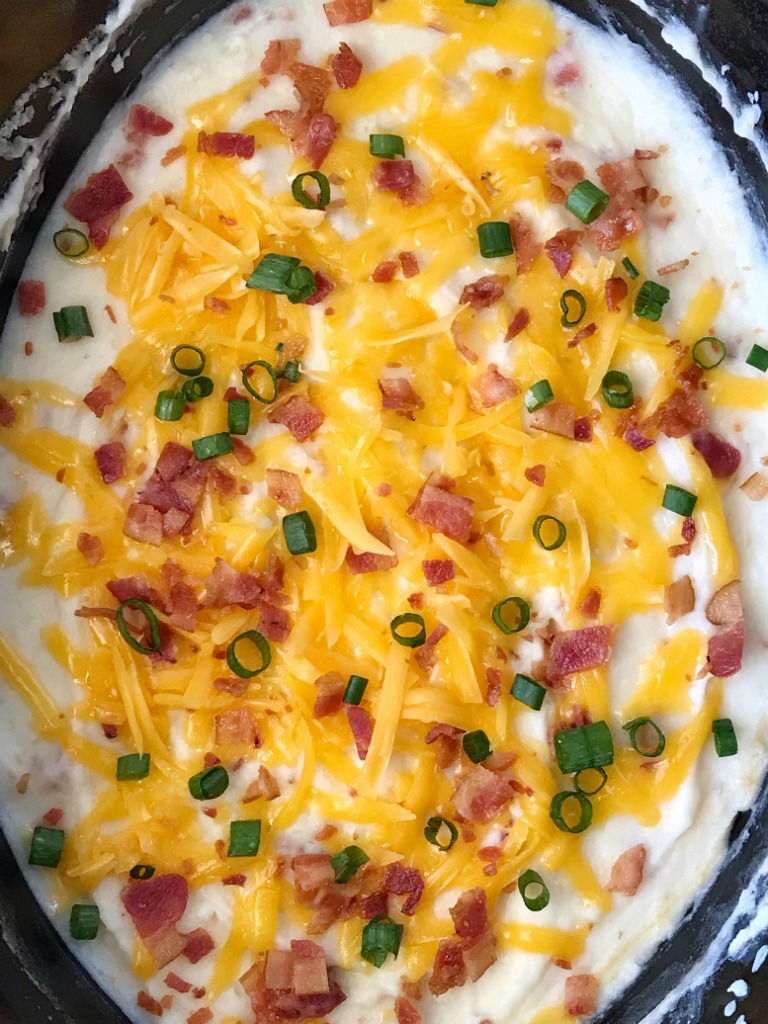 The Thanksgiving recipes continue with these slow cooker loaded mashed potatoes. I've never been a fan of mashed potatoes but when they're made the right way (aka- cream, cream cheese and butter) and loaded with bacon and cheese, I suddenly become a mashed potato lover.

And, with only a few minutes of prep work these are also so simple to make. 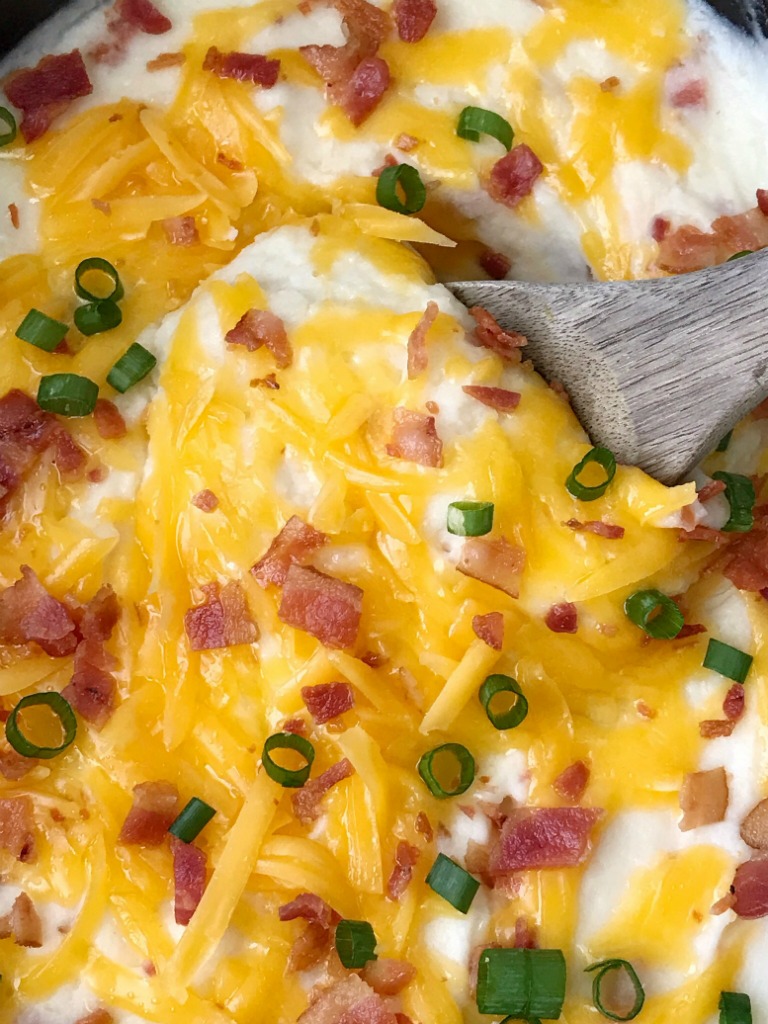 How to make loaded mashed potatoes in the slow cooker 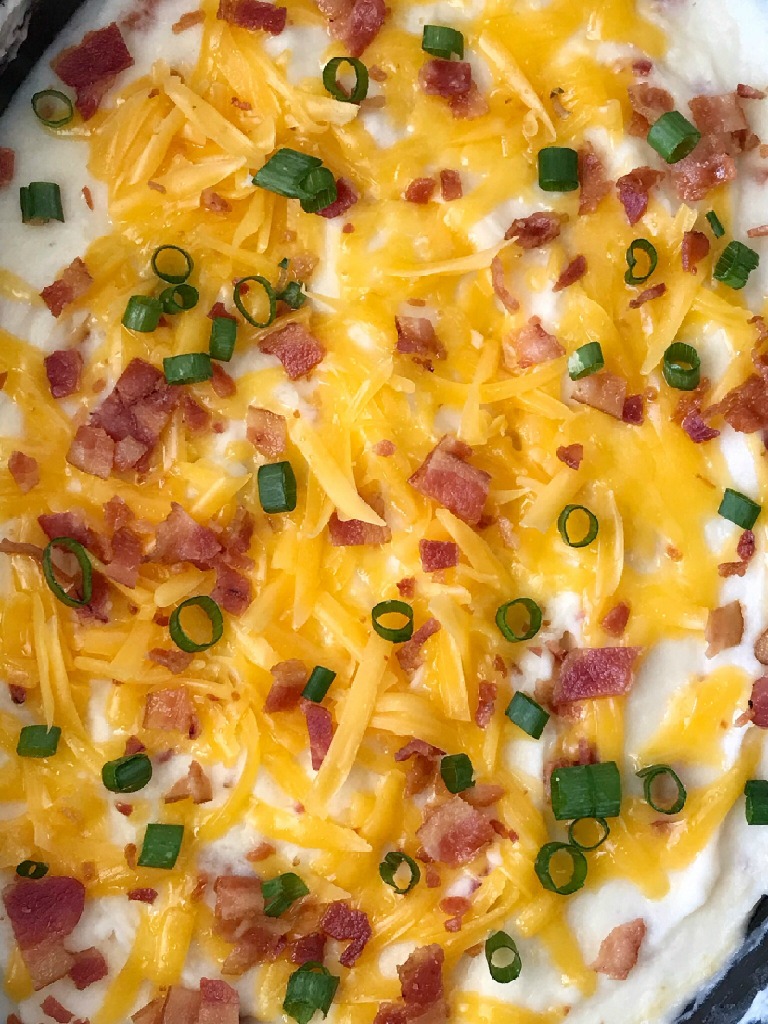 My tips for making this recipe 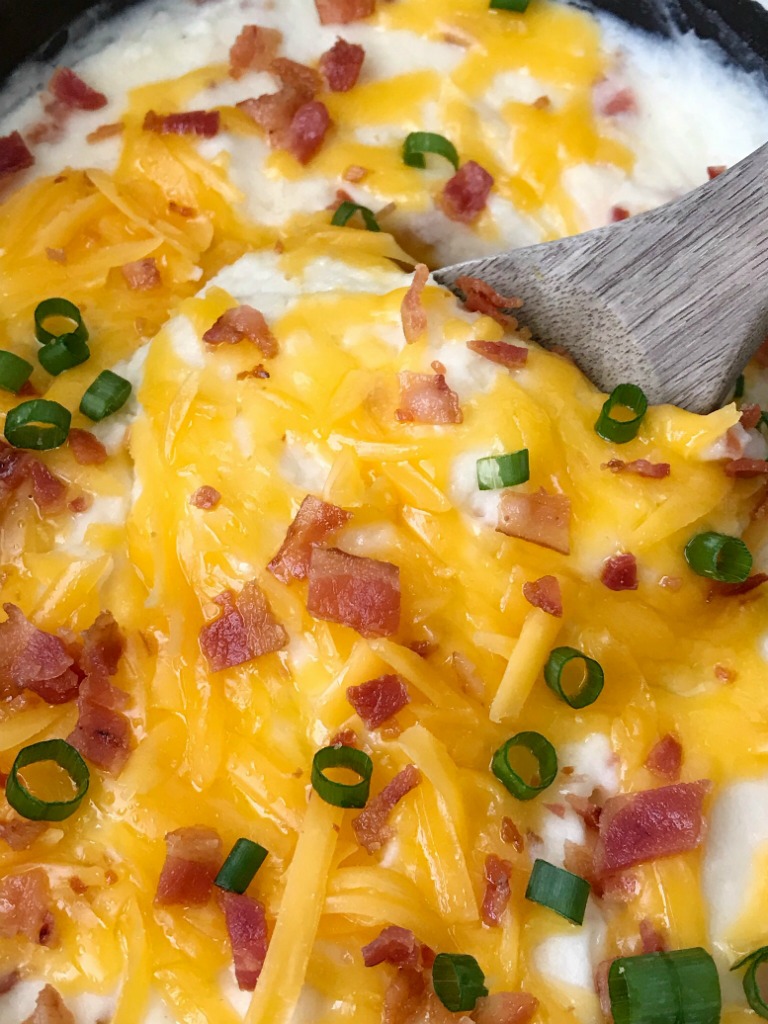 If you are looking for a quick version of mashed potatoes then try this recipe for perfect cream cheese mashed potatoes. Or serve both at the Thanksgiving table because can you really have too many mashed potatoes? I think not 🙂

Jessica
Slow Cooker Loaded Mashed Potatoes are so creamy and loaded with cheese, bacon, and green onions. Easy enough for a weeknight side dish at dinner or for a Holiday dinner like Thanksgiving. Free up oven space and use your slow cooker for the mashed potatoes.
5 from 1 vote
Print Recipe Pin Recipe
Prep Time 20 mins
Cook Time 4 hrs
Total Time 4 hrs 20 mins
Course Side Dish
Cuisine American
Servings 14
Calories 250 kcal

IMPORTANT: Do not overmix the potatoes with the hand mixer! If you beat them for too long they release more gluten which leads to pasty/gummy potatoes. Either use a hand potato masher to mash them or use the handheld mixer and just beat together until smooth and creamy.  Red Potatoes : All you have to do is cut each potato in half. They will be big chunks but that's fine. You want the larger chunks to hold up to the high heat and long cook time of the slow cooker.  The chopped bacon and green onion amount is totally up to you. The measurements listed are the ones I use, but you can add more or less depending on preference. Same thing with the green onions.  You can use either the full-salt, regular chicken broth or the reduced-sodium chicken broth. I prefer the full-salt chicken broth because it's much more flavorful. Use full fat cream cheese! It makes a big difference.  It's important to cube the butter and cream cheese so it will blend in smoothly and easily with the potatoes. 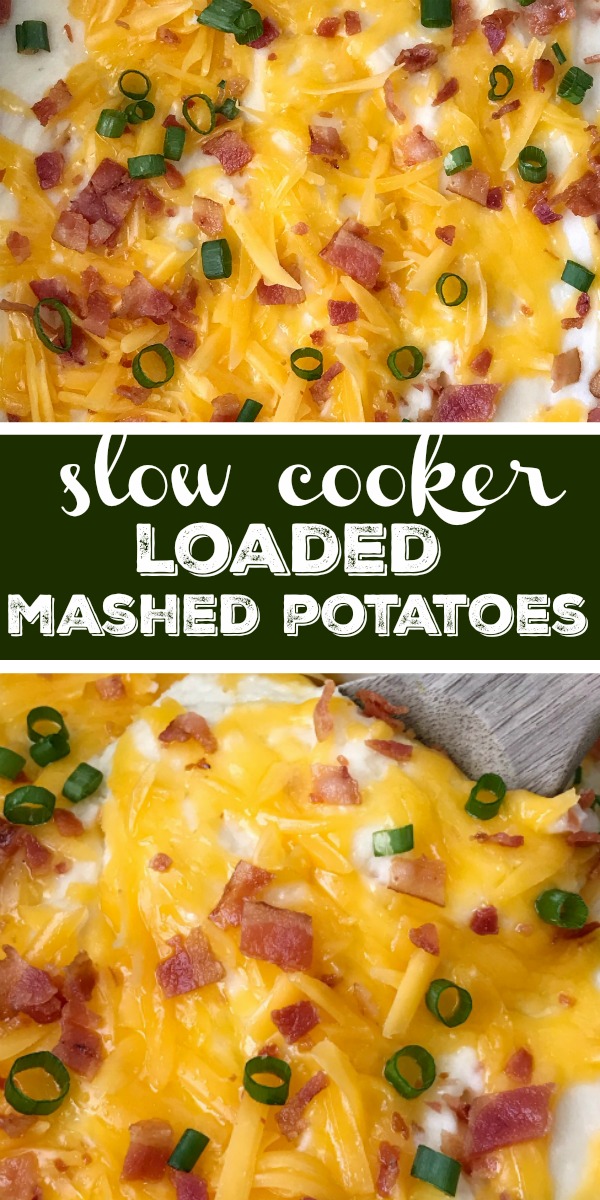 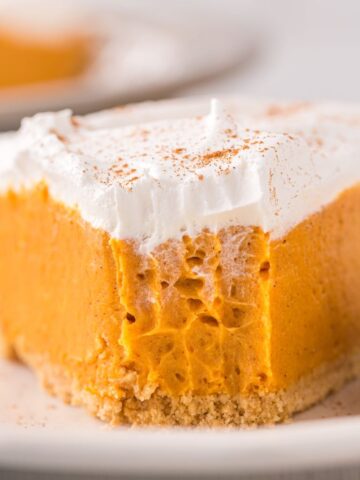 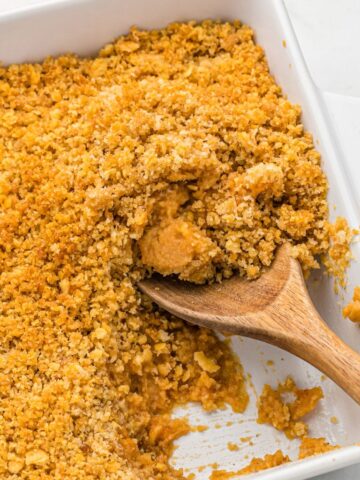 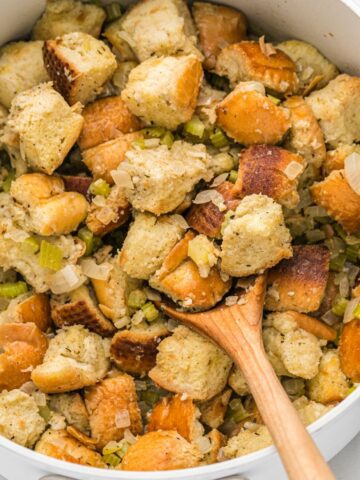 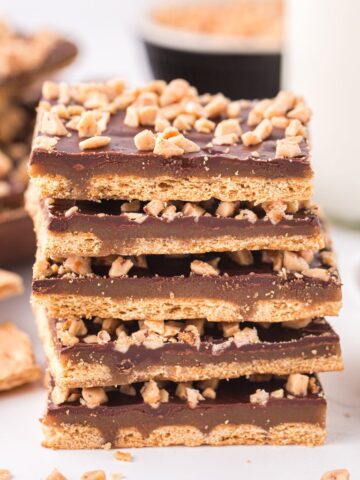