Mashed Potato Soup is the best way to use up leftover mashed potatoes! This creamy, cheesy, potato soup is quick to make thanks to the mashed potatoes, and it's ready to eat in just 30 minutes. Put those leftovers to good use and get another meal out of them. 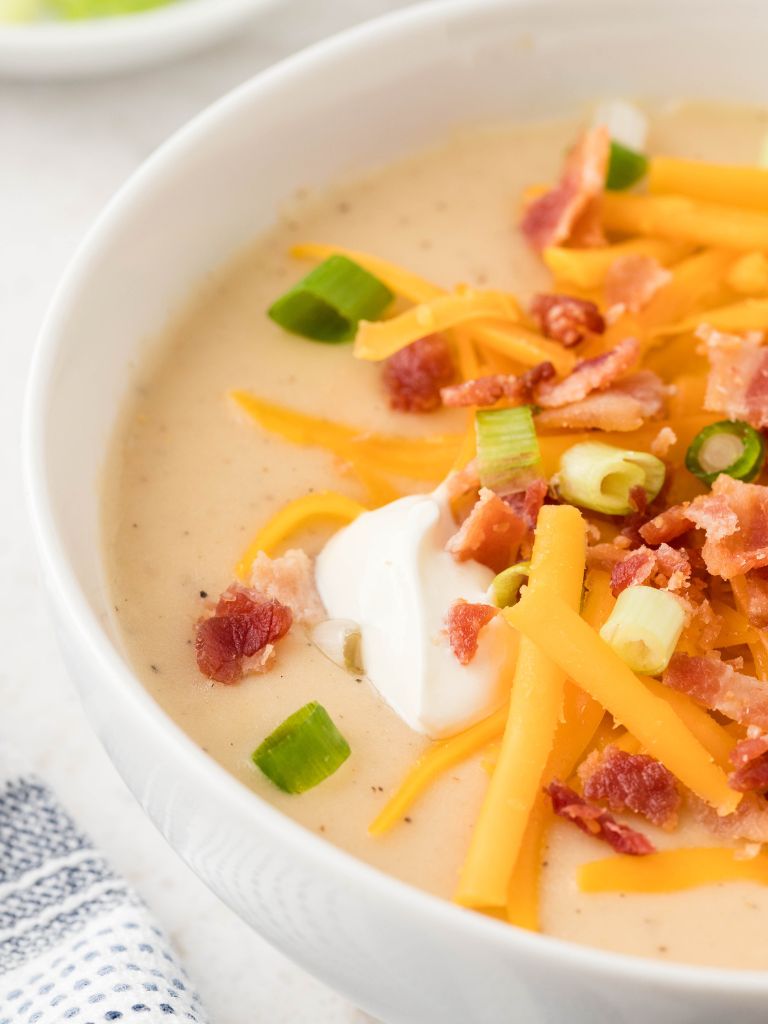 No need for leftovers to go to waste when you can make an entire meal with them. I love leftovers as much as anyone, but sometimes you just want to make something real with them instead of reheating.

This soup is so simple to make with leftover mashed potatoes and a few other easy ingredients. Ready for dinner in just 30 minutes! 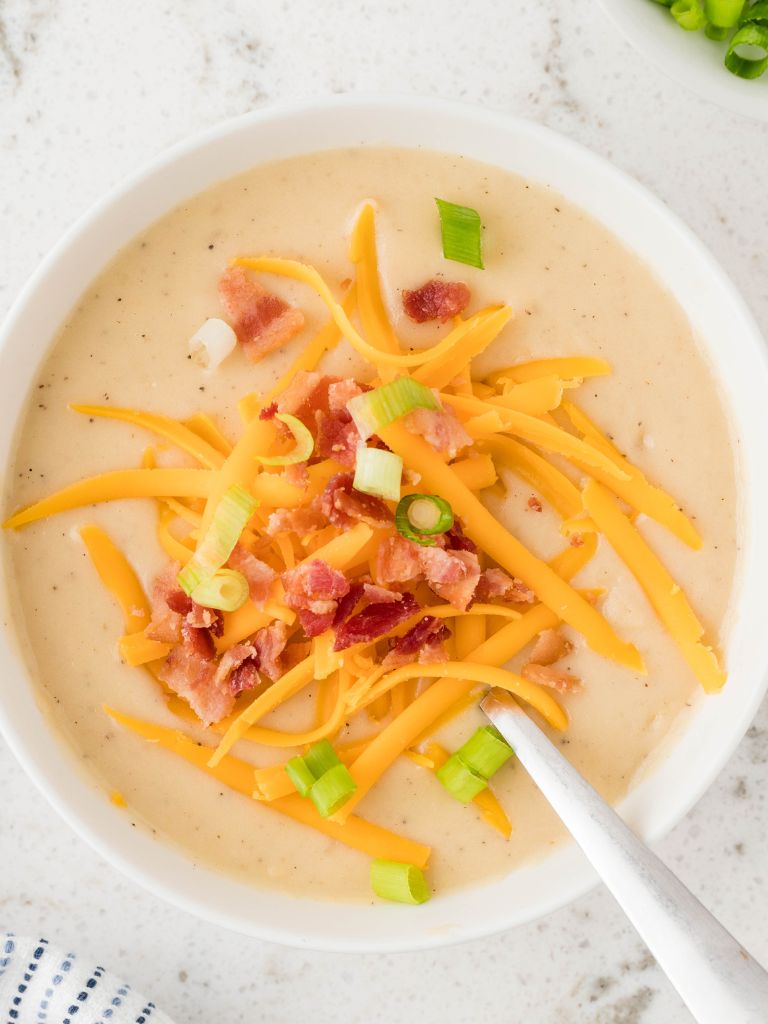 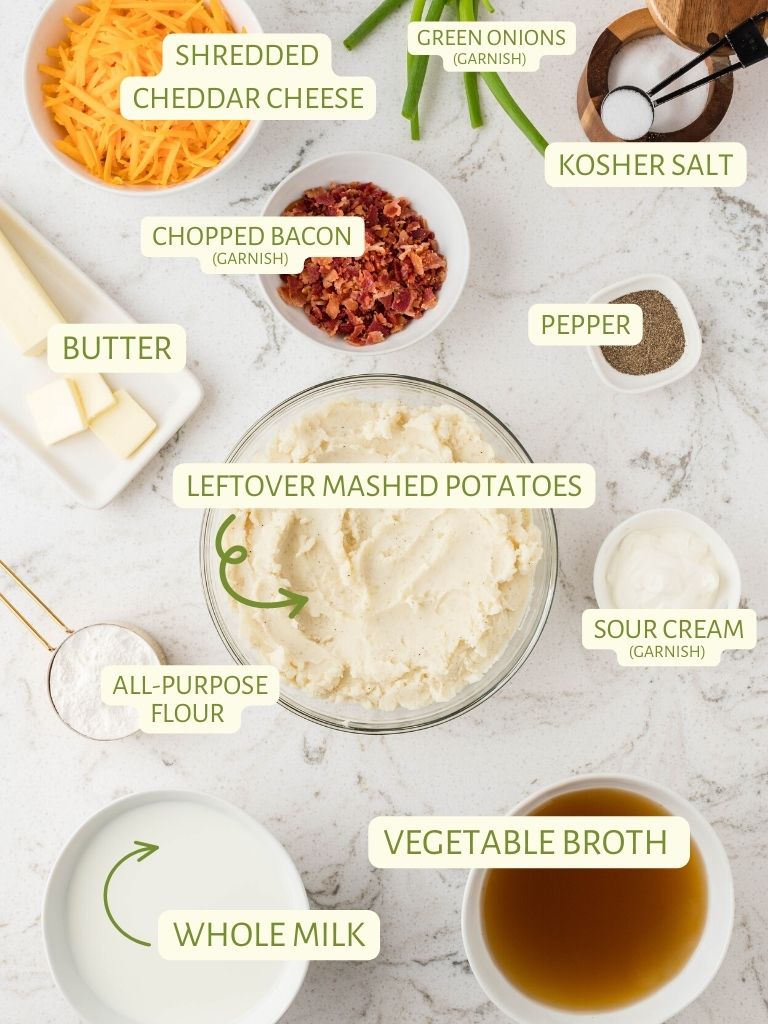 How to Make Mashed Potato Soup with Leftovers

Learn how to make this easy potato soup recipe. Be sure and read to the bottom of the post where you will find a printable recipe card, a pin it button so you can save it for later, and a detailed recipe card with all the ingredients and directions to make it at home. 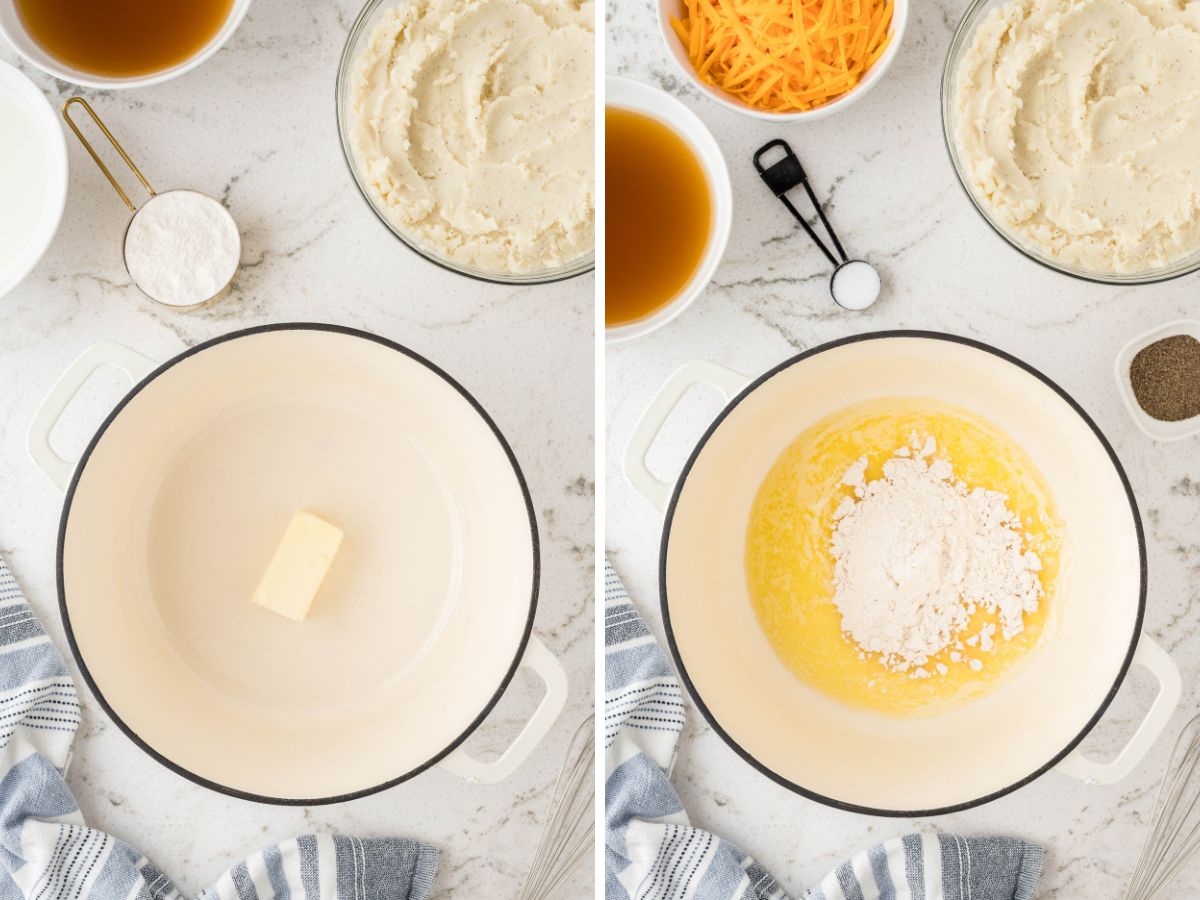 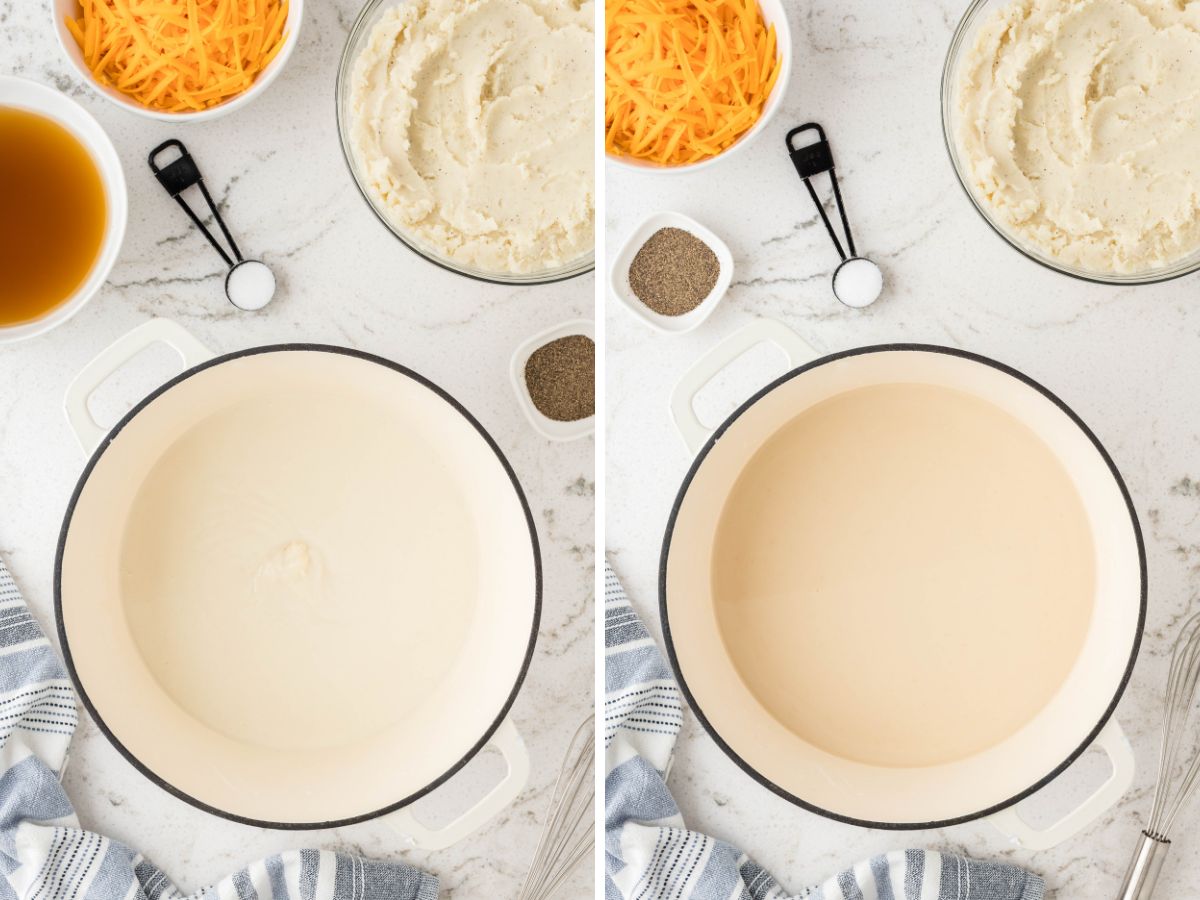 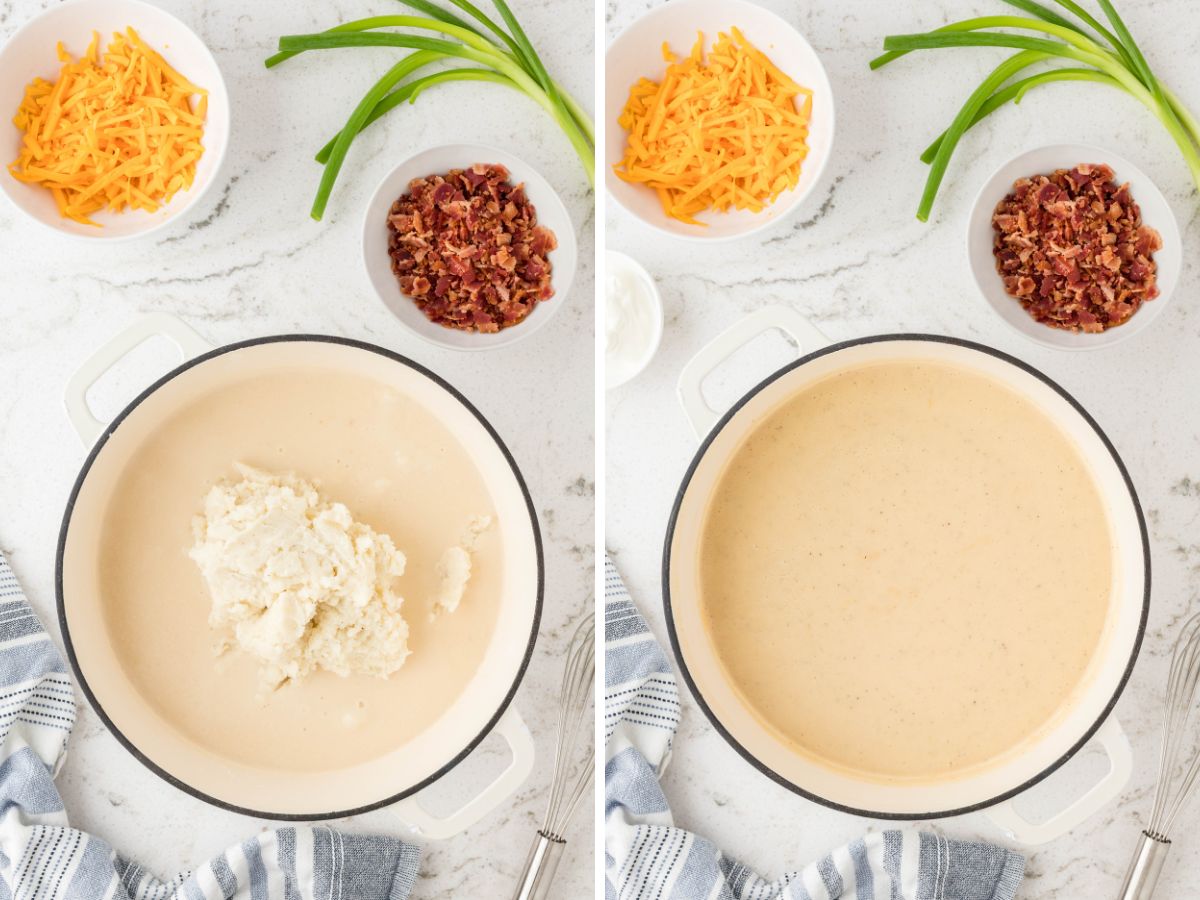 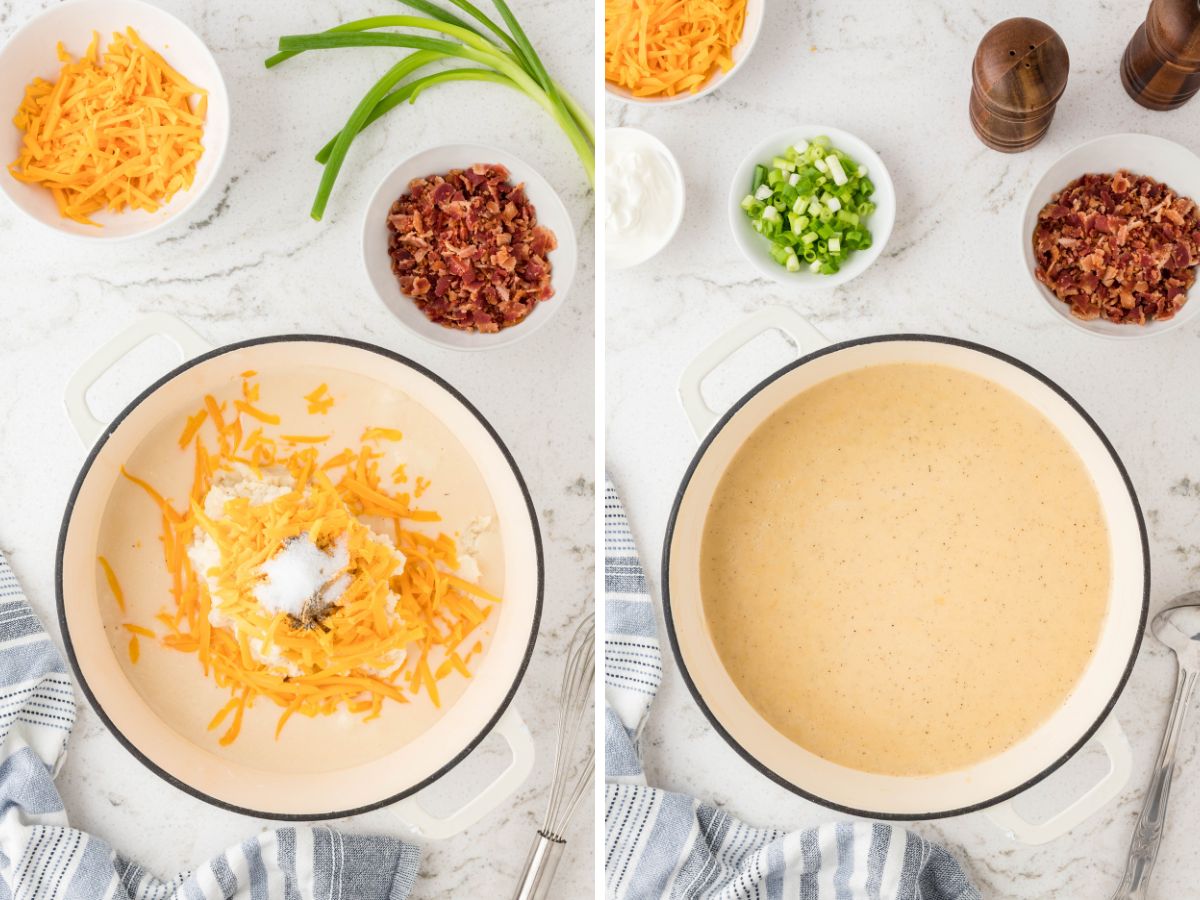 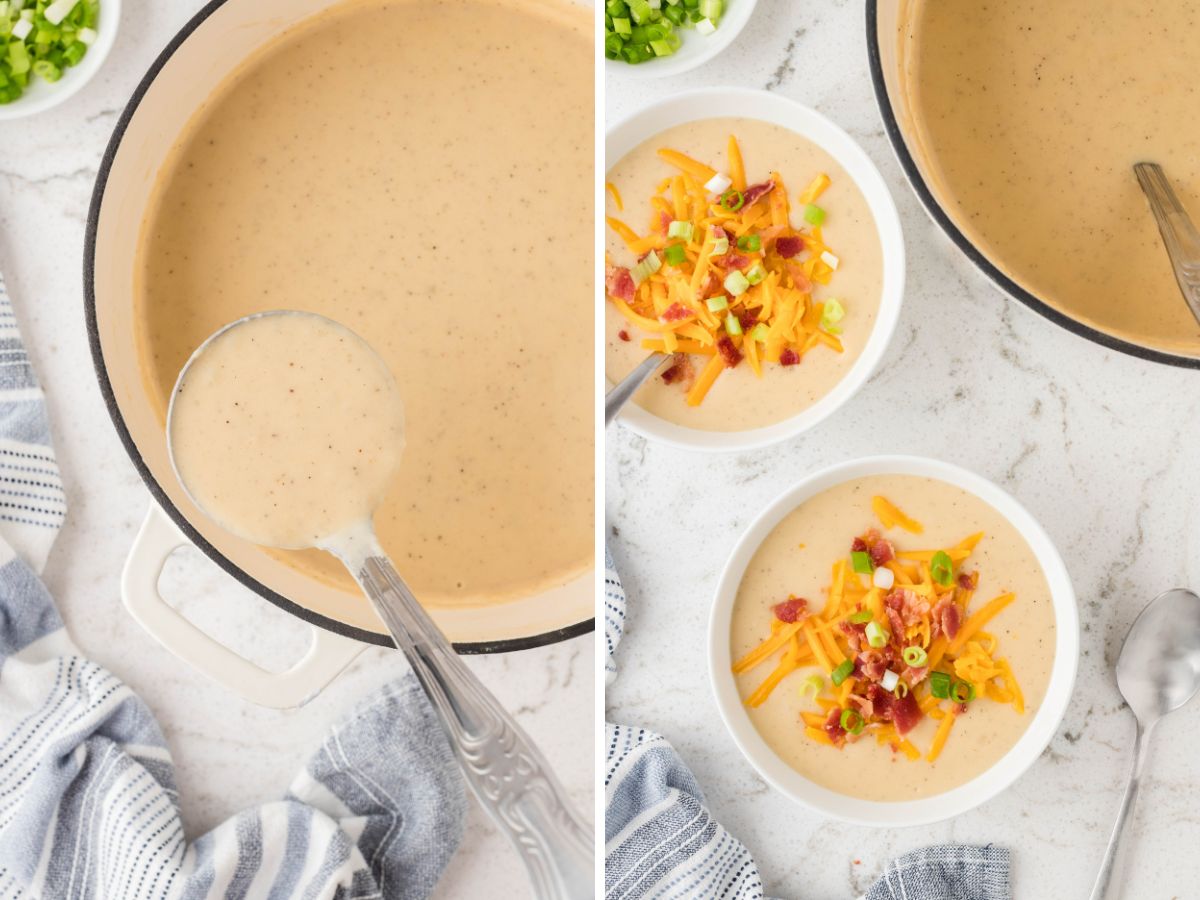 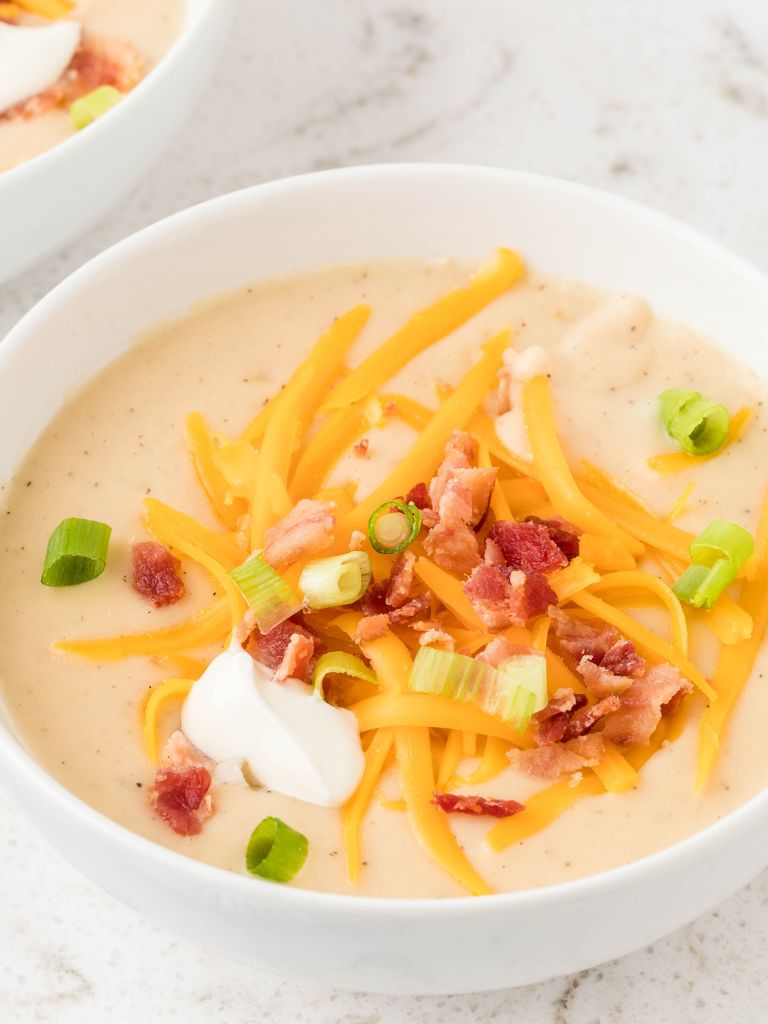 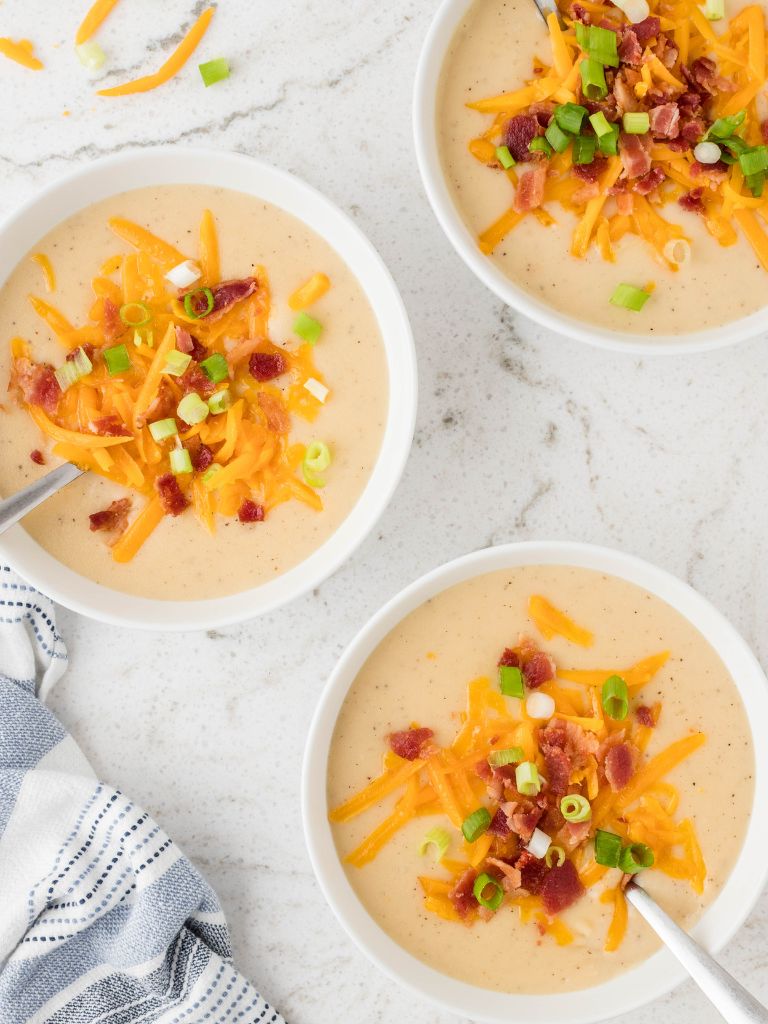 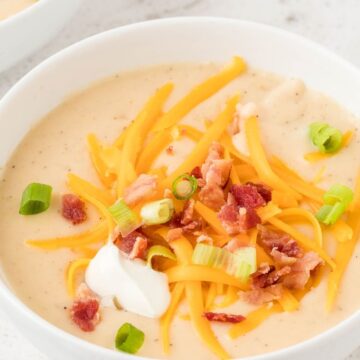 Jessica - Together as Family
Mashed Potato Soup is the best way to use up leftover mashed potatoes! This creamy, cheesy, potato soup is quick to make thanks to the mashed potatoes, and it's ready to eat in just 30 minutes. Put those leftovers to good use and get another meal out of them.
No ratings yet
Print Recipe Pin Recipe
Prep Time 10 mins
Cook Time 20 mins
Total Time 30 mins
Course Soup
Cuisine American
Servings 8
Calories 271 kcal

Serving Size : This soup serves 8 people with each serving size being equal to 1 cup of soup. The nutrition information does not include any garnishes.  Butter : I use salted butter but unsalted butter can be used as well.  Cheese : Recipe has been created and tested with medium cheddar cheese. You can substitute with mild or sharp cheddar cheese if wanted. I highly recommend that you grate cheese from a block for this soup. It melts smoother, it's creamier, and tastes better than the bagged shredded stuff.  Salt : Depending on how seasoned the leftover mashed potatoes were to begin with, that can change the taste of this soup. I would start with the minimum amount of salt called for (½ teaspoon) and then taste the soup at the end and add more if necessary. The brand of broth that you buy can also make the soup taste saltier or not salty enough. When I make this recipe I use salted butter, regular vegetable broth, and then ½ teaspoon of kosher salt called for in the recipe. Adjust salt as needed. If using sea salt or table salt, start with ¼ teaspoon and add from there.  Vegetable Broth : Recipe has been tested and created with vegetable broth. Chicken broth can be used if wanted.  Mashed Potatoes : I recommend using leftover mashed potatoes but you can use instant mashed potatoes (dry potato flakes that you add water to) in this soup instead. Instant potatoes can be salty so just taste the soup once you add them, and add salt or don't add any depending on the taste.  Thinner Soup : Feel free to add more broth or milk for a thinner soup. Alternately, you can also use 2% milk (although I don't recommend it) for a thinner soup. 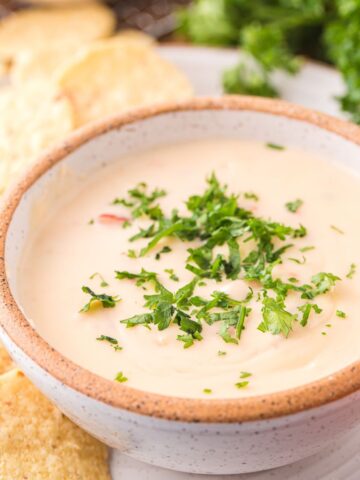 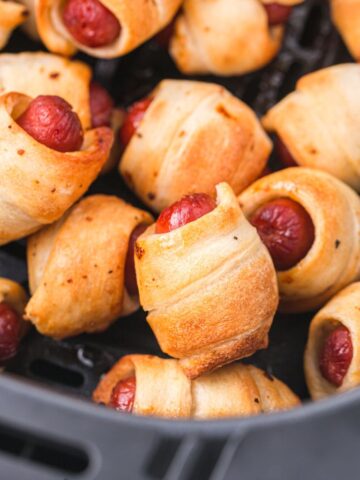 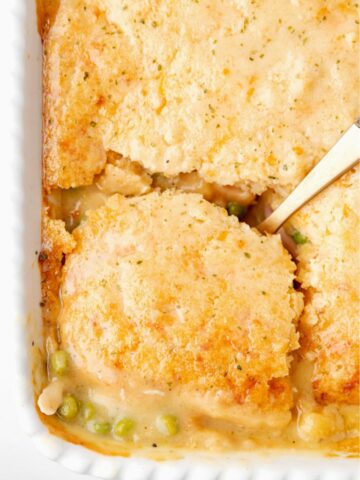 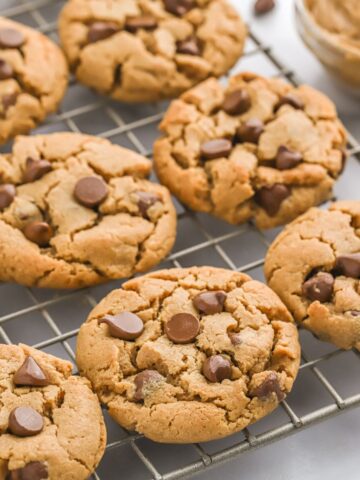 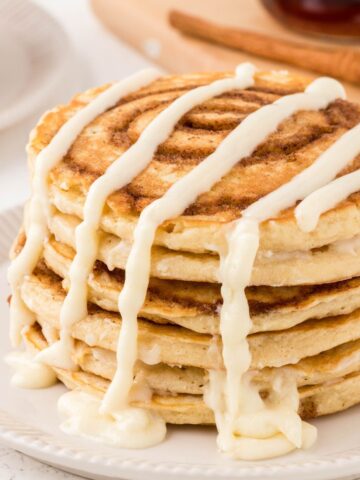 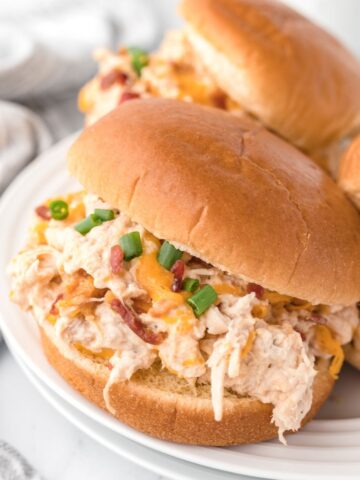