Brown Sugar Ham is simple to make thanks to a crock pot! Spiral ham with a pineapple, maple, and brown sugar glaze. This ham recipe is a perfect Holiday main dish and easy enough for a weeknight dinner with the family also.

Try this honey glazed ham if you want a smaller ham that's boneless. It also cooks in the slow cooker which makes it a hands-off, set it and forget it recipe. 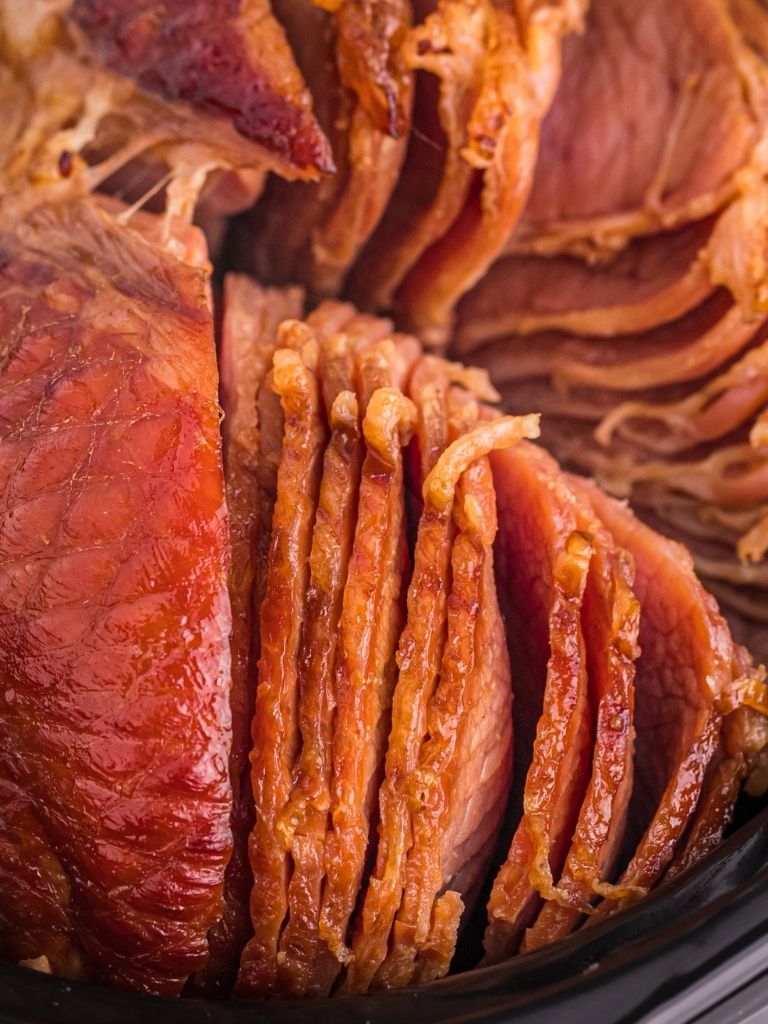 I make this easy brown sugar ham recipe every year for Thanksgiving and Christmas, and it's even simple enough to make for a weeknight dinner with the family. With only about 5 minutes prep time and 4 ingredients, this ham recipe is a set it & forget it recipe, and then you let the slow cooker do all the work!

With the leftovers I like to make these baked ham & cheese sandwiches and this macaroni & cheese ham casserole. 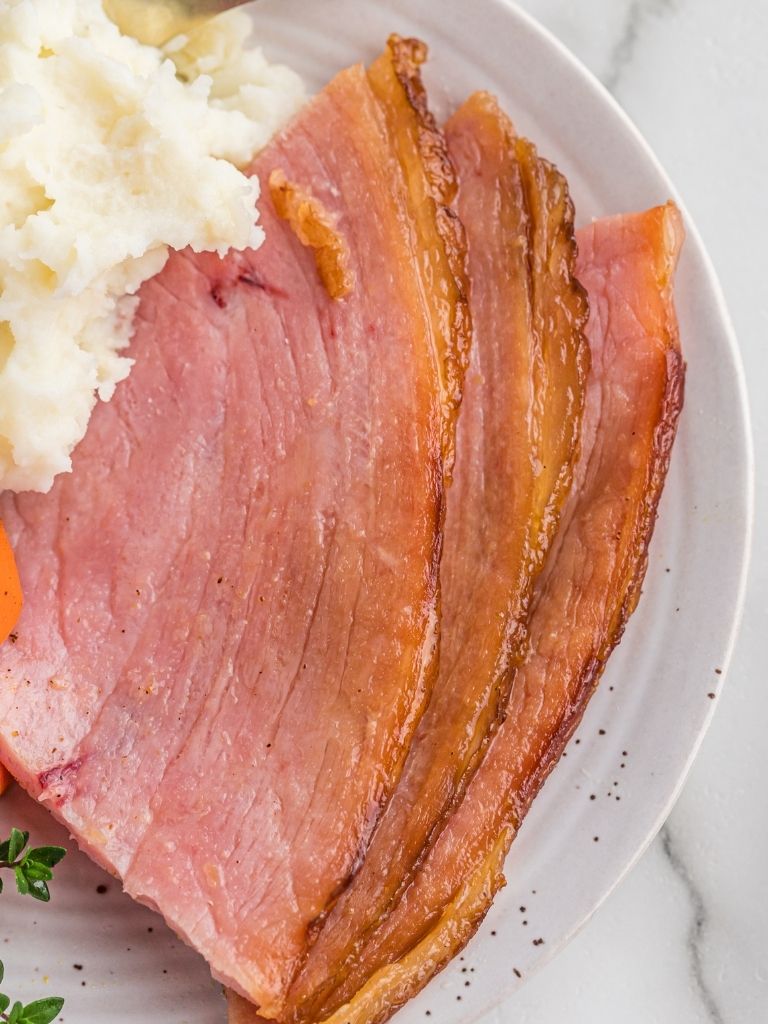 Only a few minutes prep time is needed for this recipe. See how easy it is to make this ham recipe.

Step 1 : Unwrap the foil around the ham and discard the flavor packet that comes with it. Place the ham, flat side down, into the insert of the slow cooker.

Step 3 : Cover with the lid and cook on LOW heat for 4-5 hours, or until tender and at temperature. 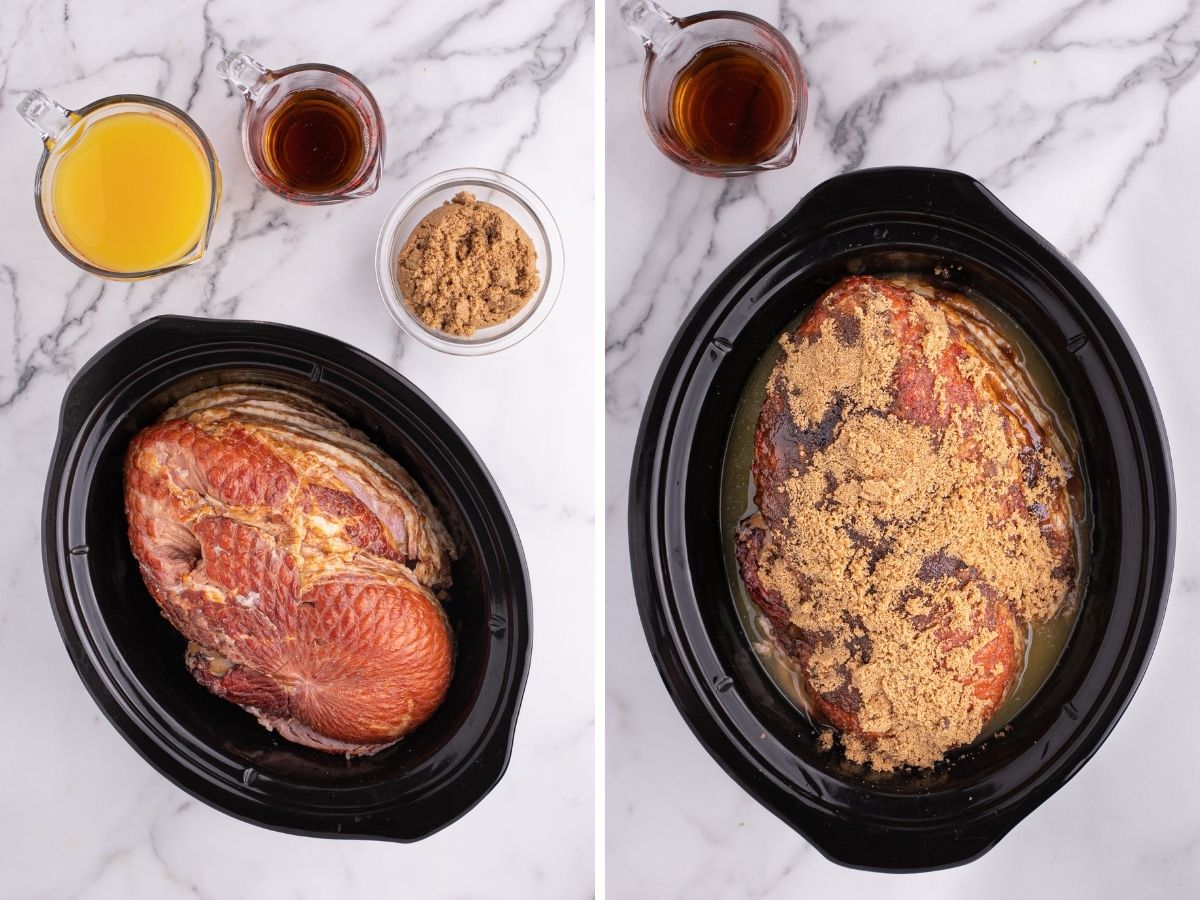 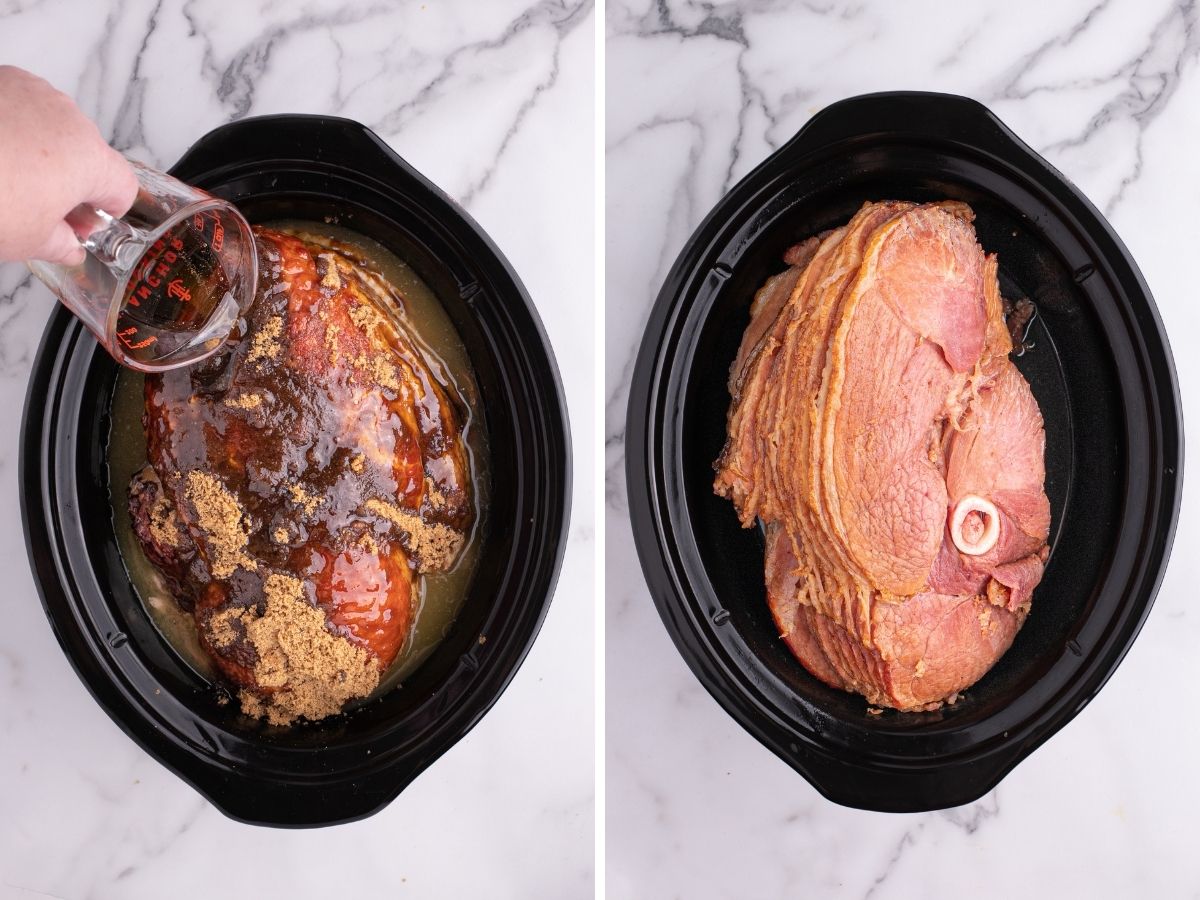 Here are a few of my helpful tips that will hopefully make this recipe a hit in your own kitchen. 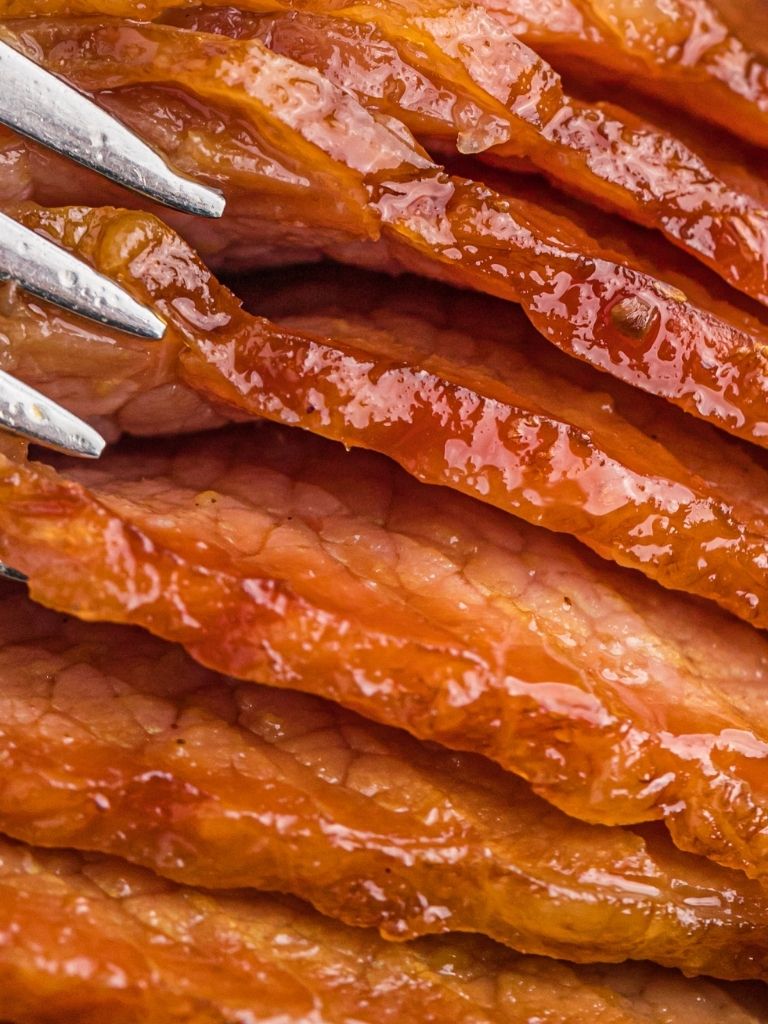 There are many ways to serve this spiral ham recipe. 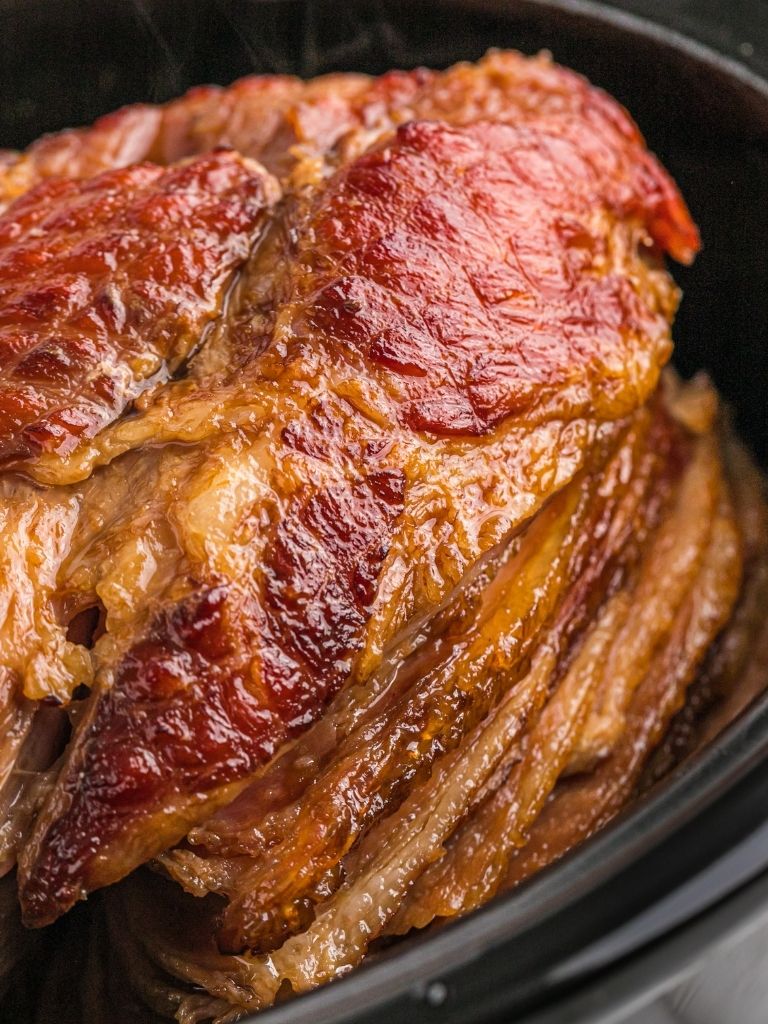 There are not many ways to switch up this recipe but there are a couple things that you could try. I've always followed the recipe as is, but these ideas would work just fine. 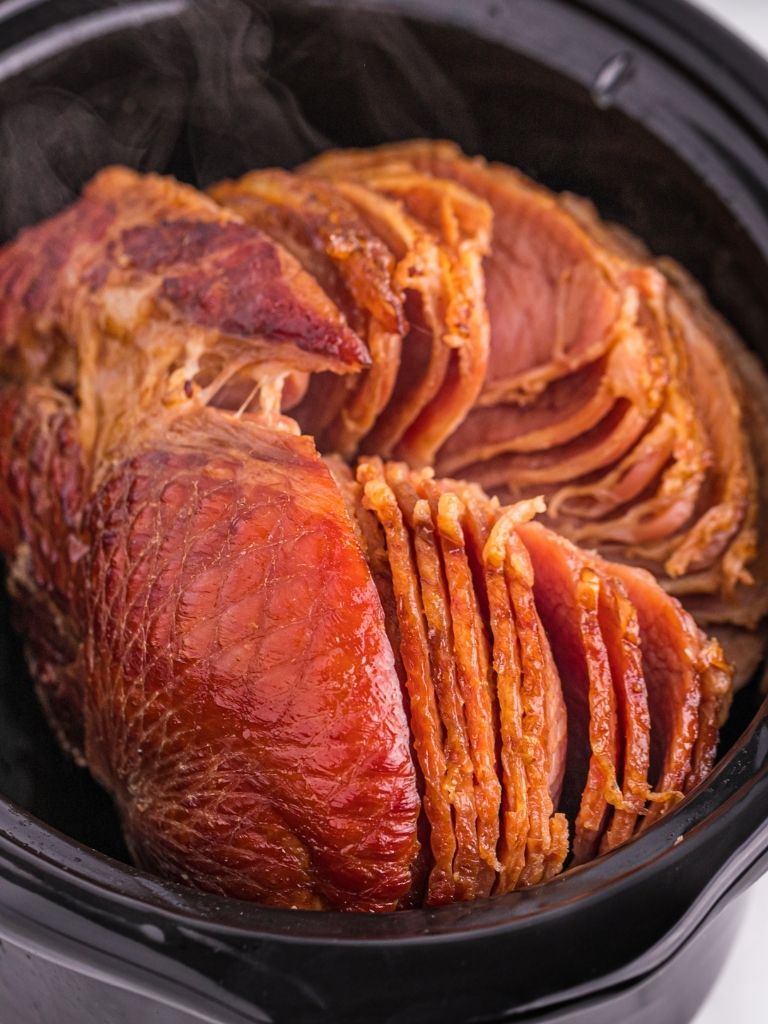 Here are answers to the most frequently asked questions about making a spiral-cut ham in the crock pot. 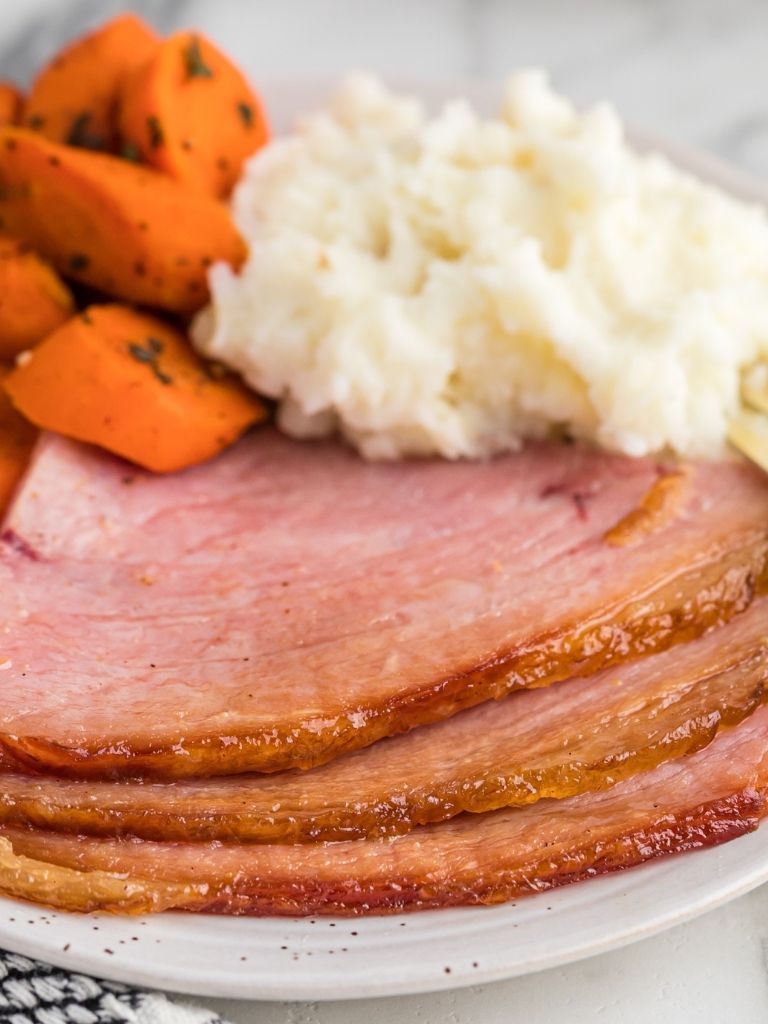 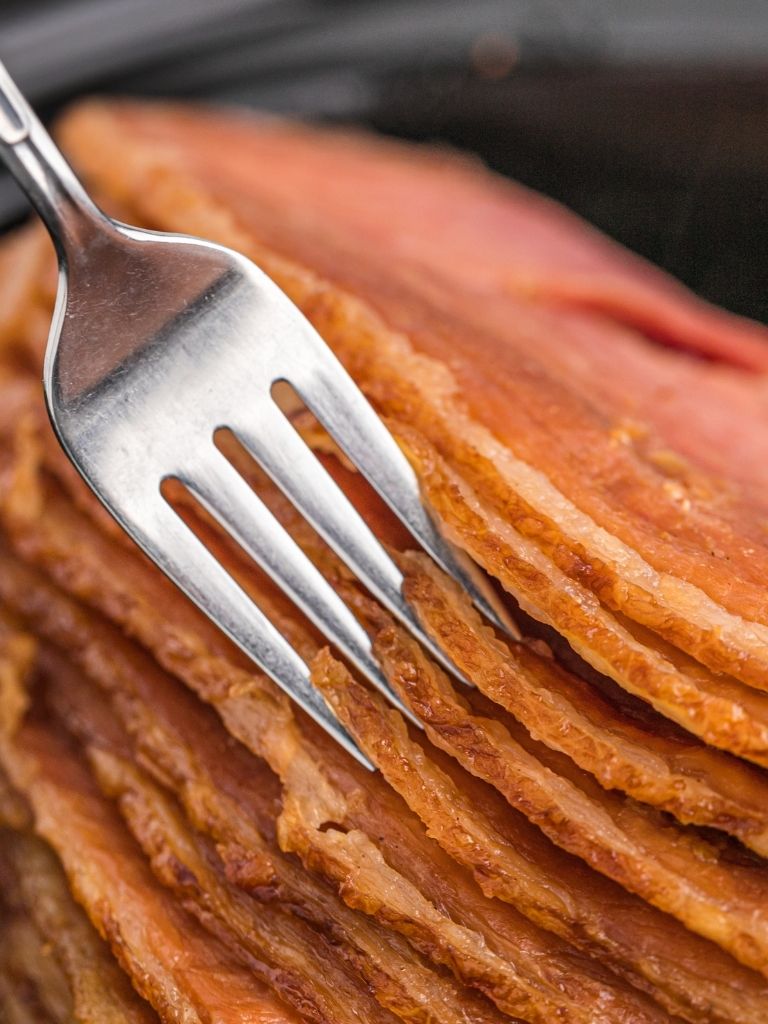 Here are a couple supplies that you will need to make this easy brown sugar ham recipe. These are an affiliate link, meaning that if you purchase, I will make a very small percentage from the sale. As always, I appreciate the support for the free recipes I post. I will only recommend things that I personally own and love! Promise.

Baster : You need one of these to baste the ham in the juices. I do this after the ham is done cooking. Use the baster to pour the cooking liquid in the slow cooker over the ham. 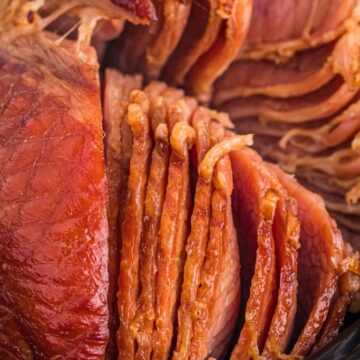 Tip : If the ham sticks out of the slow cooker, making the lid impossible to put on, simple wrap the insert of the slow cooker tightly with tin foil, and then place the lid on top of the tin foil. This keeps the hot temperature during the cook time. I've done this several times and it works well. Crock Pot : Use a large slow cooker for this recipe. I use an 8 QT crock pot.  Ham : The spiral-cut hams are precooked but you still need to cook it for the 5 hour cook time. The 5 hour slow cooker time brings the ham to a warm serving temperature,  and helps infuse the ham with flavor and gives the ham this sugary crust on the outside.  Some of the spiral-cut hams might say 'honey cured' or 'brown sugar glazed'. Just ignore that because we will discard the flavoring packet anyways. Make sure you get a bone-in, spiral-cut ham.  Serving Size : The serving size varies depending on the size of ham you use. 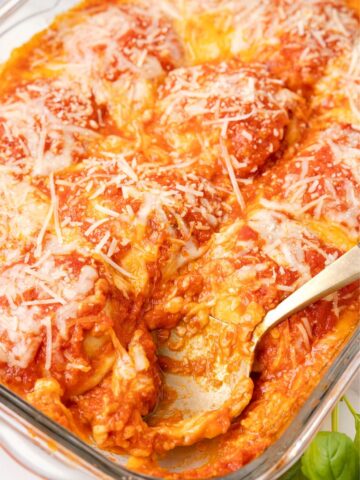 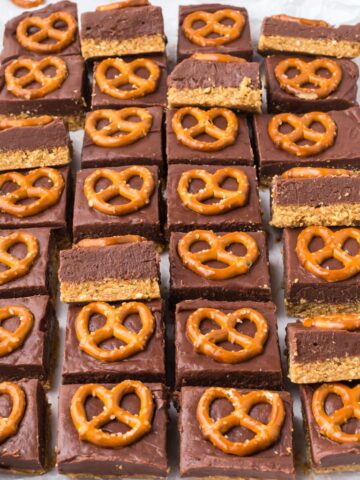 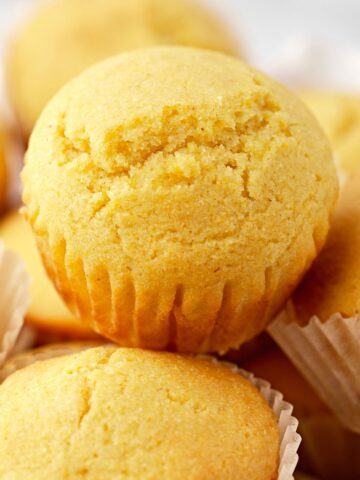 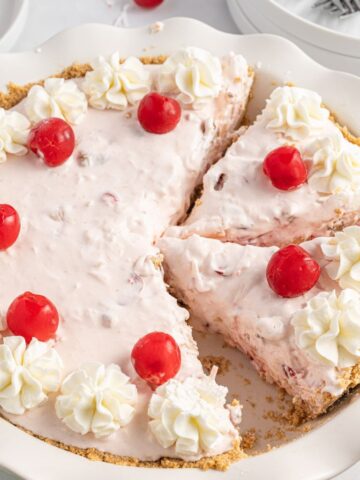 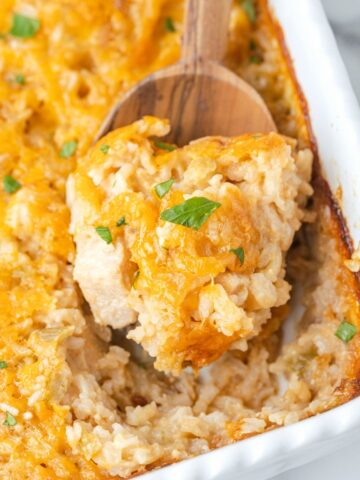 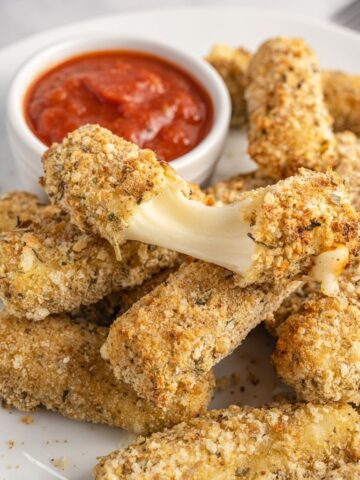